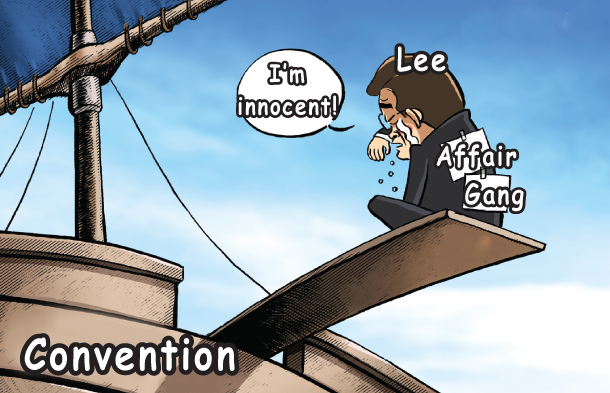 Ahead of the Democratic Party’s national convention on Aug. 25, Gyeonggi Gov. Lee Jae-myung is under pressure from Rep. Kim Jin-pyo, one of the contestants for chairman of the ruling party, to leave the party for his alleged connection with a gang and an affair with an actress. Lee insists on his innocence.