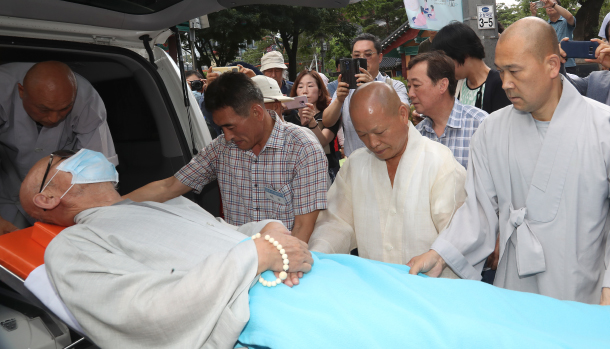 The Venerable Seoljo, an 87-year-old monk in the Jogye Order, Korea’s largest Buddhist sect, is transferred to a hospital on Monday, the 41st day of his fast calling for reform in the order, outside the Jogye Temple in central Seoul. Seoljo had been demanding the resignation of the Jogye Order’s president, the Venerable Seoljeong, over a litany of allegations that have damaged the organization’s reputation, including Seoljeong’s alleged forgery of his academic background, embezzlement of organization funds and raising a daughter out of wedlock. [YONHAP]