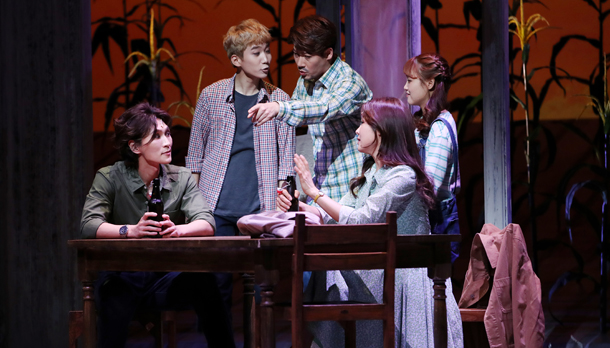 The Korean production of a popular musical “The Bridges of Madison County” returns with a new cast, including singer Kangta, who will alternate in the role of Robert Kincaid with actor Park Eun-tae, who played the part in a previous production. The story is based on Robert James Waller’s 1992 novel of the same name. See THEATER, below. [YONHAP]

Aug. 3-5: Rapper Psy, best known for the global hit “Gangnam Style,” held his first “Swag Show” in 2011 and again in 2012 and 2017. This concert will feature sprinklers and huge water cannons, so expect to get soaked. 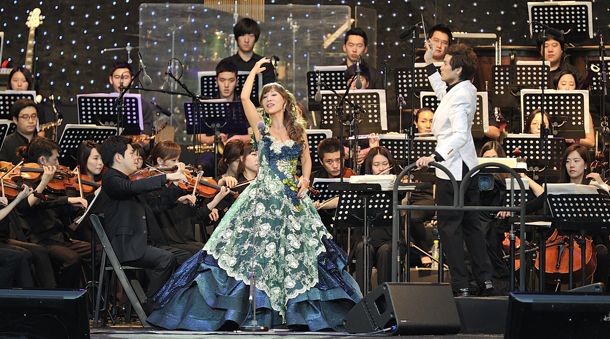 Sept. 5 and 9: Sumi Jo is set to take the stage with musicians such as Jean-Christophe Bom, accordion player Alexander Sheykin, and the Ditto Orchestra, under the baton of Lorenzo Passerini, for her return to the stage.

The second part of the program consists of music from musicals such as “Notre Dame de Paris,” “Les Miserables,” and movies, including the 1951 film “Sous Le Ciel De Paris.”

The concert starts at 8 p.m at Seoul Arts Center and at 7 p.m. at Olympic Park.

Sept. 9: Renowned pianist Kim Sun-wook, the winner of the prestigious Leeds International Piano Competition in 2006, will be returning to the Seoul Arts Center for the first time in two years. This is his final recital on his nationwide tour, which began last August. The program consists of four pieces, Mozart’s “Piano Sonata No. 9 in D Major,” Beethoven’s “Piano Sonata No. 17 in D minor,” Debussy’s “Suite Bergemasque,” and Brahms’ “Variations and Fugue on a Theme by Handel.”

The musical is set in 19th century Europe and centers on the efforts of Swiss scientist Victor Frankenstein and doctor Henry Dupre to create a fearless, immortal soldier. However, the experiment goes awry, and a dangerous monster is born.

To Oct. 7: The ultimate entertainment experience, with energetic performances, exciting music and dazzling light effects. Visitors are recommended to wear casual and comfortable clothes, as they will either stand or sit on the floor for the duration of the show. This dynamic theater experience, directed by famed Argentinian artistic director Diqui James, features performers flying freely in three dimensional spaces.

Sept. 8 to Feb. 10: Based on Roald Dahl’s 1988 best-selling novel, this musical tells the story of a gifted young girl named Matilda who possesses telekinetic powers. While dealing with her insensitive parents, Matilda befriends her school teacher, Miss Honey, and defends her friends from her evil principal Miss Trunchbull. 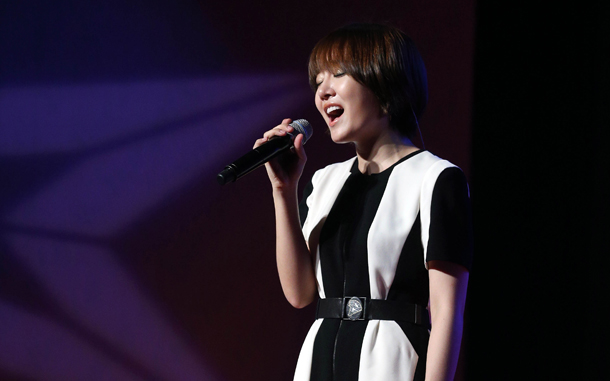 Oct. 20-21: Unlike mainstream rock music festivals, such as Jisan Rock, Grand Mint Festival (GMF) showcases musicians, such as indie artists and small instrumentalist groups, that aren’t on the radio all the time. Created by the Korean entertainment company Mint Paper, GMF is back for its 12th year.

This festival includes a food zone, entertainment zone, beauty zone and “slow life” zone for those who need to take a break from the music, providing a refreshing break from the typical rock event. The first lineup consists of artists, including veteran K-pop singer BoA, singer Yoonha, pictured above, indie duo MeloMance, and vocal duo Bolbbalgan4. Also, this marks the first time that BoA will appear at a Korean music festival.