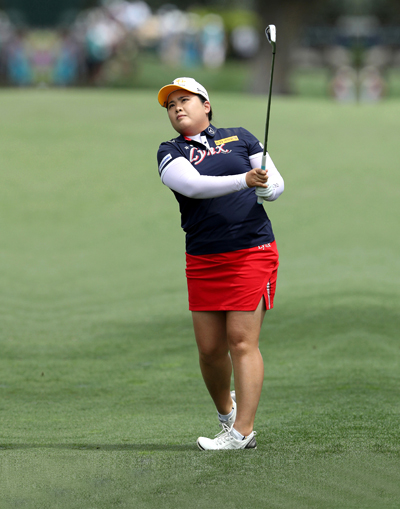 Korean star Park In-bee has lost the No. 1 ranking in women’s golf.

Park, who reached the top of the rankings on April 23 this year, ceded the No. 1 spot to Ariya Jutanugarn of Thailand in the latest rankings announced Monday.

Park previously spent 92 weeks as world No. 1 during three different stretches between 2013 and 2015, and last held that spot Oct. 19, 2015, before returning to the top this spring thanks to a quick start to the new LPGA season. She posted a win and three top-three finishes in a five-tournament stretch early on.

Park hasn’t played since missing the cut at the KPMG Women’s PGA Championship in the last week of June.

And Jutanugarn leapfrogged both Park and another Korean, Park Sung-hyun, to move from No. 3 to No. 1. Thanks to her victory last weekend at the Aberdeen Standard Investments Ladies Scottish Open — her third win of 2018 — Jutanugarn reclaimed the No. 1 ranking for the first time since June last year. The Thai star began the year at No. 6.

Jutanugarn has 7.86 points, followed by Park In-bee’s 7.51 and Park Sung-hyun’s 7.20. The world rankings evaluate a player’s performance over a rolling two-year period weighted in favor of the current year, and an extra emphasis is placed on the most recent 13 weeks. The two Parks — unrelated — are among five Koreans inside the top 10. The three others are Ryu So-yeon (No. 4), Kim In-kyung (No. 7) and Choi Hye-jin (No. 10).