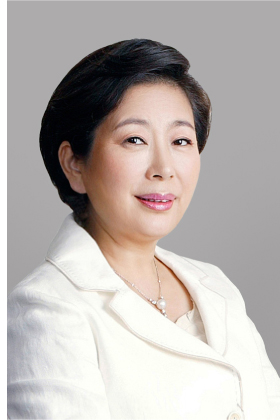 Hyundai Group received the green light from North Korean authorities to hold a memorial service for the group’s late Chairman Chung Mong-hun in the North.

According to the group’s inter-Korean business arm Hyundai Asan on Monday, North Korean authorities approved the request to hold the service at Mount Kumgang, a famed resort mountain in the North developed by the former chairman, on Monday morning.

The company is now waiting for South Korea’s Ministry of Unification to give the final approval.

If the government approves, the current Chairman Hyun Jeong-eun, the wife of the late Chung, will visit North Korea on Friday along with 14 other executives and employees from Hyundai Asan, according to the company.

Hyundai Group has regularly held memorial services for Chung in the North since his death on Aug. 4, 2003, recognizing his role in spearheading the inter-Korean tour programs in the North. However, Hyundai did not seek approval for a visit in 2016 due to rising tensions between the two Koreas. Last year the request was rejected by the North.

Eyes are on whether the visit, if approved, could lead to the resumption of the inter-Korea tour program to the resort mountain, which was a symbol of the two Koreas’ reconciliation until it was banned following the fatal shooting of a female tourist by a North Korean soldier in July 2008.

Industry insiders expect Hyun to hold talks with high-ranking officials in the North to discuss resuming the suspended tour programs to Mount Kumgang during her visit. As tensions thawed between the two Koreas after the April summit meeting, Hyundai Asan has been preparing to resume economic projects with North Korea. A task force dedicated to resuming the programs is led by Hyun herself.