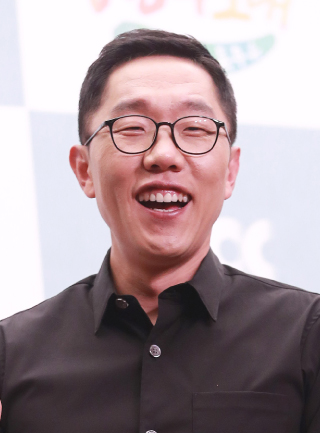 Producers at public broadcaster KBS denied on Wednesday that the channel was planning to launch a news program with outspoken progressive comedian Kim Je-dong as its host after plans of the program drew backlash from members of the KBS broadcaster’s union.

On Tuesday, the KBS Public Broadcasters Union released a statement criticizing the choice of Kim Je-dong as an anchor for a news program, saying, “Since the inauguration of Moon Jae-in, progressive people have taken over KBS’s main programs.”

Kim, who initially debuted on television in 2002, gained fame as a comedian and later became known for voicing out his mostly progressive political opinions.

The producers of the show released a statement on Wednesday, explaining that the show isn’t a news program, but a talk show touching on social and political issues.

“The fall program currently being planned is a newly formatted current affairs talk show ... The right to choose who hosts the show belongs to the production staff.”

The show’s time slot and launch date have not been confirmed.