CJ and Big Hit team up to create the next BTS

CJ and Big Hit team up to create the next BTS 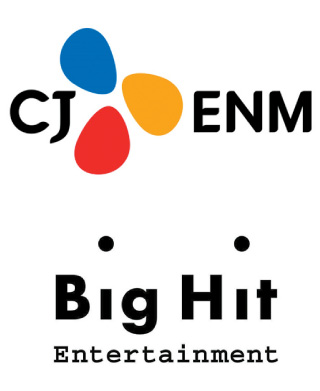 The two companies reportedly submitted papers to the Fair Trade Commission to launch an entertainment company with capital of 7 billion won ($6.25 million), according to local media reports on Wednesday.

CJ will have a 52 percent share and Big Hit will take 48 percent. The venture will likely be named Belief, and is expected to launch later this month.

“It’s true that we’ve agreed to establish a joint venture, but there are still many steps left to go through,” said a CJ ENM spokesperson on Wednesday.

It denied reports over the internal share ratio and the joint venture’s name, adding that discussions over the project’s details are still ongoing and it is too early to confirm them.

What’s clear is their goal - creating a new idol success story that will follow BTS’ hugely popular footsteps in the global market.

Five years after BTS’ debut, the boy band is now easily Korea’s most successful idol group, attracting fans not only in Asia but across the United States and Europe.

As of July 31, the group’s latest album, “Love Yourself: Tear,” has remained on the Billboard top 200 most popular albums for 10 straight weeks.

Big Hit raked in 32.5 billion won in operating profits and 92.4 billion in revenue last year, a record since the company’s establishment in 2005.

The company is also preparing to go public on the Kosdaq stock market, and according to analysts, its corporate value will likely exceed 1 trillion won.

Entertainment sources are eying whether the joint venture will be able to rattle the K-pop industry, which until recently has been dominated by SM, YG and JYP.

BTS is an enormous cash cow for Big Hit, but some have raised concerns that the company is too dependent on their sole idol group.

CJ ENM, on the other hand, runs multiple cable channels, including TvN, has a global network with experience exporting TV programs and has produced the major K-pop audition show “Produce 101.” But it has little experience elevating musicians, which is where Big Hit fits in.