Jeju Air to open hotel in hip Hongdae in Sept.

Jeju Air to open hotel in hip Hongdae in Sept. 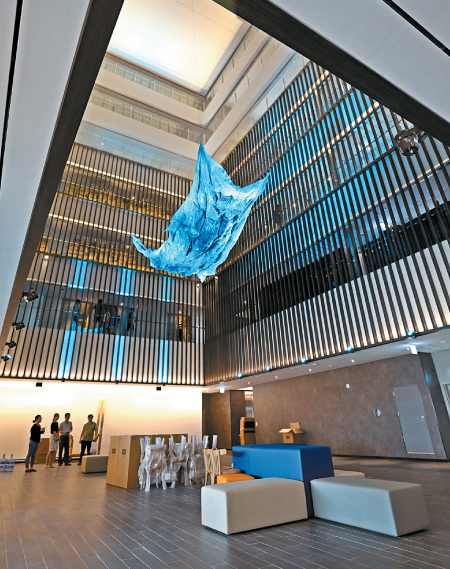 Korea’s largest budget airline, Jeju Air, is going into the accommodation business with its first hotel opening in Hongdae, western Seoul, in September.

The company said Wednesday it hopes to make synergies by introducing its passengers to the hotel.

Jeju Air’s Holiday Inn Express Seoul Hongdae, managed by the global InterContinental Hotels Group, will have 294 rooms. It opens on the first day of September.

“From now on, we plan to offer the best travel service to our customers by establishing various infrastructure for travel such as hotels,” a spokesperson for Jeju Air said. The spokesperson declined to comment on plans to open additional hotels.

The hotel is inside a newly built 17-story complex that sits atop Hongik University subway station. The complex was built with investment from Aekyung Group, which Jeju Air is a part of.

Aekyung’s retail affiliate AKPlaza will run a shopping center on the first to fifth floor of the 17-story complex, while the hotel is located on the seventh to 16th floors.

To celebrate the opening of the hotel, some customers who flew on Jeju Air from August to the end of the year will be given free stays. Passengers need to register their tickets on the Jeju Air Facebook page.

In the meantime, Aekyung Group will start moving into its new headquarters in the same complex in Hongdae from next week. Six Aekyung affiliates, including its holding company AK Holdings, will be headquartered there. Jeju Air said it is staying near Jeju airport for its transport business.