The unknown stories of Yun Hyong-keun : The dansaekhwa artist dealt with turmoil by creating peaceful art

The unknown stories of Yun Hyong-keun : The dansaekhwa artist dealt with turmoil by creating peaceful art 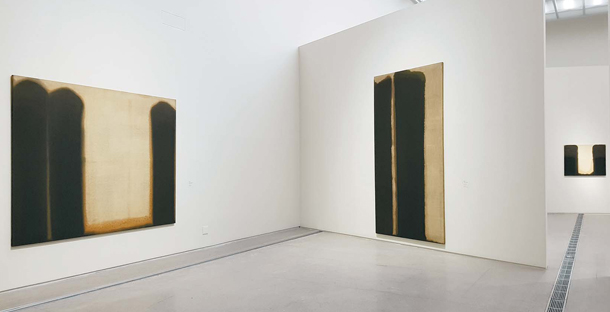 Paintings by Yun Hyong-keun (1928-2007) hang at the National Museum of Modern and Contemporary Art (MMCA) Seoul. They are part of his retrospective that starts on Saturday. [MOON SO-YOUNG]

It is not surprising that the upcoming retrospective of Yun Hyong-keun (1928-2007) will feature his famous paintings hovering between Western abstract painting and East Asian ink calligraphy.

What will surprise art lovers at this exhibition, which starts on Saturday at the National Museum of Modern and Contemporary Art (MMCA) Seoul, are some of his paintings, drawings and materials that reveal little-known aspects of the well-known painter who belonged to the 1970s and 80s movement of dansaekhwa, or Korean monochrome paintings.

One of these is the large-scale oil-on-linen painting “Burnt Umber”(1980), which has never been shown to the public before. 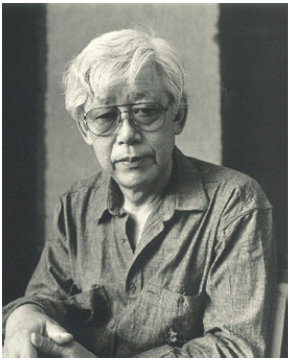 In terms of color and tone, it is not very different from his other paintings in the famous “Umber” and “Umber & Blue” series. In these paintings, the artist left, on light-brown raw canvases, wide brush strokes in dark oil paint that remind viewers of meok or traditional black ink, which he made by mixing umber and blue paint with oil of terebinth.

What is different in this painting is that the wide, dark brush strokes are tilted and many thin threads of oil paints roll down from the wide strokes, whereas the brush strokes in almost all his other paintings in “Umber” and “Umber Blue” series are perpendicular or horizontal.

“He painted the work after the news of the 1980 Gwangju Uprising and the massacre of civilians,” explained Kim In-hye of the MMCA, who curated the exhibit. “Yun had already been arrested four times for political reasons, and once faced near-certain death. At the news of the Gwangju massacre, he was furious about the repetition of the tragedies.”

According to the MMCA, he was arrested and expelled from the prestigious Seoul National University for joining student protests in 1947. And in 1950 during the Korean War, he managed to escape the execution of people suspected of being communists during the Bodo League Massacre, led by soldiers and right wing supporters. He was also imprisoned in 1956 and 1973 for communist activities, of which there was no proof of, the museum said.

“Only after surviving these incidents did Yun fully commit himself to making art, in 1973 when he was forty-five years old,” Kim said. 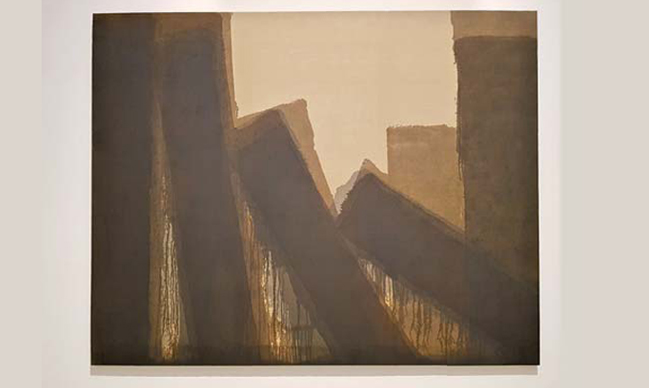 The oil-on-linen painting “Burnt Umber”(1980), which has never before been shown in public, captures the artist’s fury about the 1980 Gwangju Massacre. [MOON SO-YOUNG]

Since then, he developed his unique art world represented by the “Umber & Blue” series. He called his paintings “the gate of heaven and earth.”

“Blue is the color of heaven, while umber is the color of the earth,” Yun wrote in his diary in 1977. “Thus. I call them ‘heaven and earth’ with the gate serving as the composition.”

The exhibition also includes Yun’s early drawings and letters, which show his relationship with his teacher and his father-in-law, Kim Whanki(1913-1974), the biggest name of Korean modern art history. “Yun admired Kim but also tried to overcome his heavy influence,” curator Kim said.

The exhibition includes a reproduction of Yun’s actual atelier, which include works by Kim Whanki and by American minimalist Donald Judd. Yun and Judd respected and bought each other’s works, the museum said.