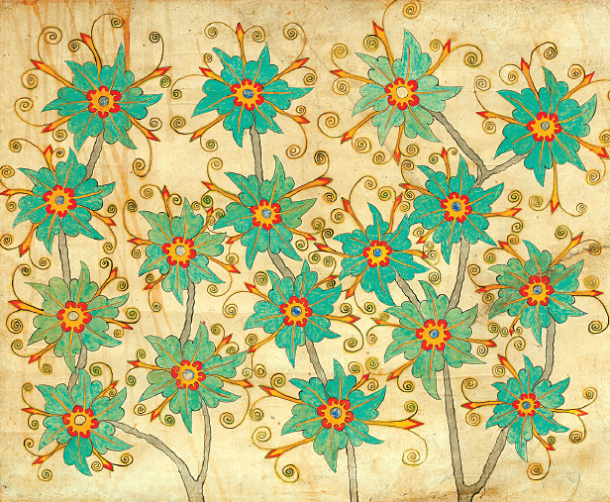 FLOWER PAINTINGS FROM THE JOSEON DYNASTY

To Aug. 19
: This new exhibition at the Gallery Hyundai sheds a new light on minhwa, often referred to as traditional Korean folk art. Using all three spaces of the gallery, including Gallery Hyundai, Hyundai Hwarang and the Dugahun Gallery, the gallery has decided to organize the grand exhibit on Korean folk paintings in an attempt to break the misconception that minhwa are low quality. About 50 impressive minhwa works are on display, allowing visitors to appreciate the quintessence of Korean folk paintings. Most of the exhibited minhwa works are hwajodo, or paintings of flowers and birds, which were considered some of the most popular motifs of minhwa in the Joseon Dynasty. 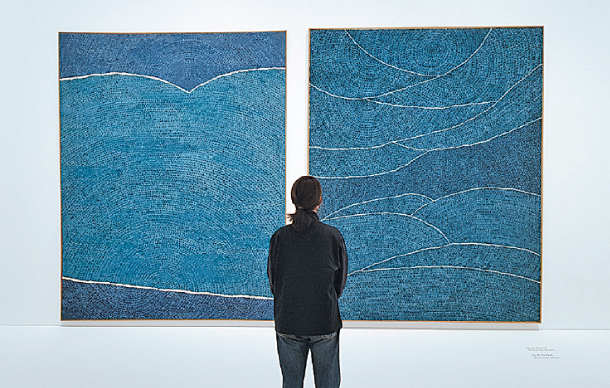 To Aug. 19: The large-scale retrospective of Korean abstract art pioneer Kim Whanki (1913-74) features 108 paintings and drawings by Kim as well as documents and other materials about the artist. Most of the works were loaned by the Whanki Museum in central Seoul, founded by the artist’s wife, Kim Hyang-an (1916-2004).

The works are on view chronologically. Visitors can see how Kim’s works evolved from the half-figurative, half-abstract paintings, which are easily understood by the general public, to pure abstract art, in particular the so-called dot paintings that he developed in the last four or five years of the New York period. The latter are hard to understand, but are regarded as the apex of Kim’s oeuvre by art historians.

Admission is 1,000 won for adults. The museum is closed on Monday.

To Sept. 9: From afar, the canvases look as if they are full of meaningless lines that fill up the whiteness of the space. Up close, countless different characters and objects fit in together with each other as if the artist calculated each and every size of what he drew, or doodled, to make these unique art pieces.

At the “Doodle World” exhibition are some 730 works both big and small created by Sam Cox, better known as Mr. Doodle, a pop artist who has marked his name deep into people’s hearts with his particular style that’s not visible anywhere else in the world.

Calling himself the “crazy doodler,” the artist does not allow one spot of the canvas to go empty unless it’s necessary to form a particular object, such as the face of state rulers all over the world including Korea’s very own Moon Jae-in, or the exquisite beauty of Mona Lisa. Without the need to depict a certain object, the doodler fills up a whole space, and even the little furniture inside it, and invites the visitors to walk inside his crazy world. 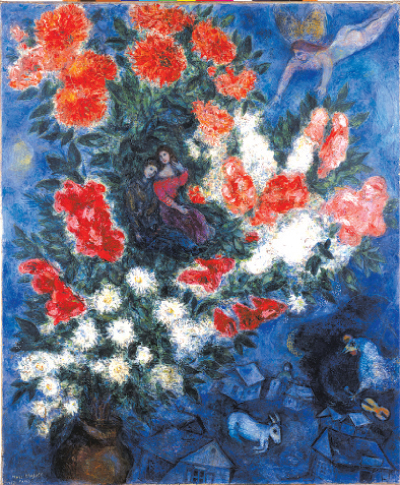 To Sept. 26: Among the myriad of exhibitions featuring artist Marc Chagall’s works, this exhibition held at the Hangaram Museum of Seoul Arts Center, southern Seoul, looks at the life of the Jewish artist who created his masterpieces through the devastating years of WWII.

“Marc Chagall: Love and Life” is a travelling exhibition that’s made its stop in Seoul, the first country in East Asia.

The exhibition features some 160 works from the collection of the Israel Museum in Jerusalem that had been donated to the museum by numerous people including Ida Chagall, the artist’s daughter. Most of the works are illustrations from various books.

To Nov. 30: Jang Seung-eop (1843-1897) was one of the greatest painters of the Joseon Dynasty, believed to have pioneered the contemporary painting genre in Korea. Despite having no proper art education, his natural gift for creating a sensual aesthetic on the canvas allowed him to be remembered today as a master and revolutionary painter. Kansong Art and Culture Foundation’s latest exhibition at the Dongdaemun Design Plaza allows visitors to really get to know the painter through many of his original works.

Admission costs 10,000 won. The venue is closed on Mondays. Go to Dongdaemun History and Culture Park Station, lines No. 2, 4 and 5, exit 1.