Seo returns with a lot less attitude : Former Jewelry singer is back and this time she’s leaving the diva at home

Seo returns with a lot less attitude : Former Jewelry singer is back and this time she’s leaving the diva at home 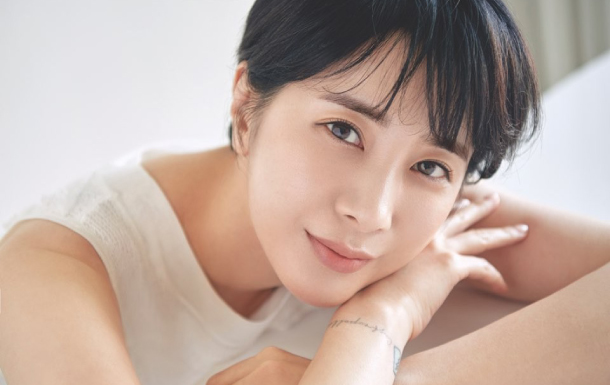 Seo In-young has returned to the music scene with her newly released single, which translates to “Close Your Eyes.” Prior to her album’s release, she sat down for an interview at her entertainment company, Soribada, located in Gangnam District, southern Seoul, on Aug. 1. [SORIBADA] 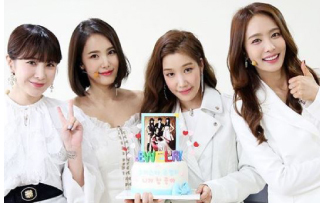 Singer Seo In-young, formerly of the band Jewelry, has returned to public life with the release of her new single, which translates to “Close Your Eyes,” on Thursday.

Best known for hit songs such as “Cinderella” (2008) and “Too Much” (2008), featuring rapper Crown J, the 34-year-old has been laying low since January 2017 when she was caught on camera screaming at a member of production staff on the set of JTBC’s reality program “Late Marriage.”

Seo, once a popular star of shows such as “We Got Married,” stayed out of the spotlight until April this year when she made a brief appearance on the JTBC singing program “Two Yoo Project - Searching for Sugar Man.”

Seo appeared with former members of Jewelry and apologized for her past behavior.

After the episode aired on April 8, Seo also released “I Still Love You,” a song for the soundtrack of popular KBS drama series “Queen of Mystery” on April 12.

The singer officially returned to the music scene this week with the release of the new single, her first since June 2016. This single, which is a ballad, describes the pain of one-sided love.

“Although this single is a ballad, that doesn’t necessarily mean that I’ll only be singing ballads in the future,” said Seo. “I’m thinking about releasing another album. Through this single, I’m trying to bring out the best of my voice. Also, I’m looking for a new concept for the dance song that I’m working on right now.”

Although she was uncomfortable talking about the “Late Marriage” incident, Seo expressed remorse for her behavior.

“I have deeply reflected on my past behavior,” said Seo in an interview with the Korea JoongAng Daily prior to the album’s release on Wednesday. “[For the past two years,] I mostly spent time at home with my dogs. I would just stay in bed watching American TV shows or listening to music as I didn’t have the motivation to do anything.”

After taking a break, Seo also commented that she has kept herself busy over the last couple of months focusing on her new music.

“I kept myself extremely busy over the past few months,” said Seo. “I spent my time either practicing my vocal lessons, dancing or resting at home. After practice ended, I would immediately go back home.”

The singer admitted that she didn’t really care about how well the new single performs.

“I just want people to listen to my song and enjoy the lyrics or compliment on my voice.

Although there are some people who dislike my appearance, I wanted to continue singing, as there were still fans [eagerly] awaiting my comeback,” said Seo.

Seo admitted that her public image as a haughty diva is probably due to her lack of facial expressions and her fashion style - although she hopes the latter might change.

“Currently, my fashion preferences have changed. Instead of being into luxury items, I am more into classics these days,” she explained.

When asked whether she was planning to join the cast of any other TV program, Seo replied that although she doesn’t have any plans at the moment, she will gladly consider every offer.

“As of now, my primary focus is singing,” said Seo. “This single is an important stepping stone as I am mapping out the direction of my career.”

Regarding the success of her previous hit song “One More Time,” Seo said that she considered it a privilege to have performed such an invigorating song.

Although Jewelry officially disbanded in 2015, Seo said she still keeps in touch with the rest of the group.

“Of all the former members of Jewelry, I keep in touch with Jung-a the most,” she said. “I feel really close to her because we spent so much time together. Whenever we meet up, we talk about Jewelry and how much we miss it.”