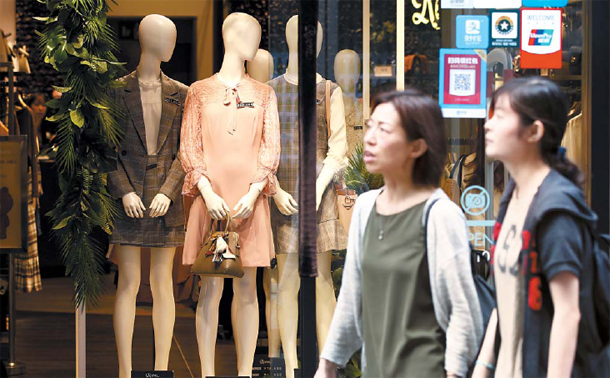 A clothing store in Myeong-dong, central Seoul, displays fall styles in its window on Sunday. Ipchu, or the official start of fall according to Korea’s traditional farming calendar, falls on Tuesday, but the temperature in central Seoul on Sunday reached 35 degrees Celsius (95 degrees Fahrenheit) in the afternoon. [YONHAP]