[Treasure] The detailed Annals of the Joseon Dynasty

[Treasure] The detailed Annals of the Joseon Dynasty 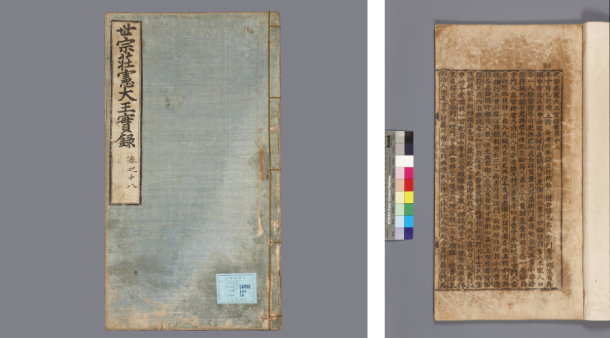 The contents of these annals are encyclopedic. Historiographers were guaranteed independence in their record keeping and were privy to state secrets.

After a king’s death and the coronation of his successor, officials were appointed to write the annals of his reign at the Sillokcheong, the Office for Annals Compilation.

Once the annals were compiled in multiple copies, each copy was stored in special archives.

They managed to survive the Japanese Invasion thanks to An Ui and Son Hong-rok, who moved them to Naejangsan Mountain in Jeongeup-gun.

Then they were moved to Haeju in the 26th year of King Seonjo, to Ganghwado in the 29th year of his reign and to Myohyangsan Mountain in the 32nd year.

After the Japanese Invasion (1592-1598), from July in the 36th year of King Seonjo to March in the 39th year, four additional copies were produced, which then were preserved at Manisan Mountain, Ganghwado.

Later, further severe damage was caused by the Qing Invasion (1636-1637), followed by a fire in the fourth year of King Hyojong (1653) which resulted in the loss of some volumes. It was then restored in the sixth year of King Hyeonjong (1665).

In the fourth year of King Sukjong, a new archive was erected at Jeongjoksan Mountain in Ganghwado Island, which became a new home to the annals that had been kept at the Manisan Mountain archive.