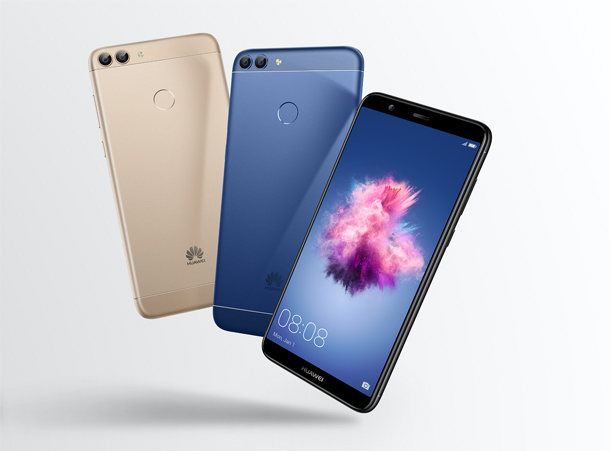 Three weeks after Xiaomi launched sales of its smartphones in Korea, Huawei announced Monday it would sell the unlocked Nova Lite 2, a mid-range model that costs 253,000 won ($225), online. This is the first time that the world’s second-largest smartphone producer after Samsung is selling unlocked phones online in Korea.

Huawei smartphones entered Korea in September 2014 with the medium-cost X3, but sold it exclusively with LG U+, the smallest carrier. The Chinese electronics company has only a 1 percent share in Korea’s smartphone market.

Preorders on online malls such as KT M Mobile, 11Street, Auction and Gmarket will last for seven days from Monday and shipping will begin on Aug. 13, according to the Korean unit of Huawei Consumer Business Group. Consumers can choose their carrier later, a system that is getting more popular among users of mid-range phones.

“We wish to expand the options for Korean consumers by launching sales of the unlocked ‘Nova Lite 2,’ already recognized for its high value for money in other markets including Japan,” said Huawei in a release.

The Nova Lite 2, running on Android Oreo, has a 5.65-inch display in a metallic body. It boasts powerful cameras - an 8-megapixel front-facing camera and dual rear-facing cameras in 13-megapixel and 2-megapixel resolutions - and various features such as dual shot blurring in 16 levels for “young and trendy” users who enjoy shooting photos. The front-facing camera has an advanced portrait mode for selfies and users can customize selfies according to facial shape, gender and gesture.

Back in mid-July, Xiaomi, the world’s fourth-largest smartphone vendor as of the first quarter, launched sales of the 299,000-won Redmi Note 5, its first mobile phone to officially sell through Korean mobile carriers - SK Telecom and KT. Unlocked Xiaomi phones were previously available through other retail channels here.

It remains to be seen whether Huawei and Xiaomi will succeed in finding a niche in the Korean smartphone market that relies heavily on premium models. The average sales price of smartphones in Korea tallied $435 last year, according to market researcher Counterpoint Research, which is 75 percent higher than the global average at $249.

Unlike in Korea, consumers around the world are less attracted to pricey premium devices as smartphone features have been standardized to a certain level.