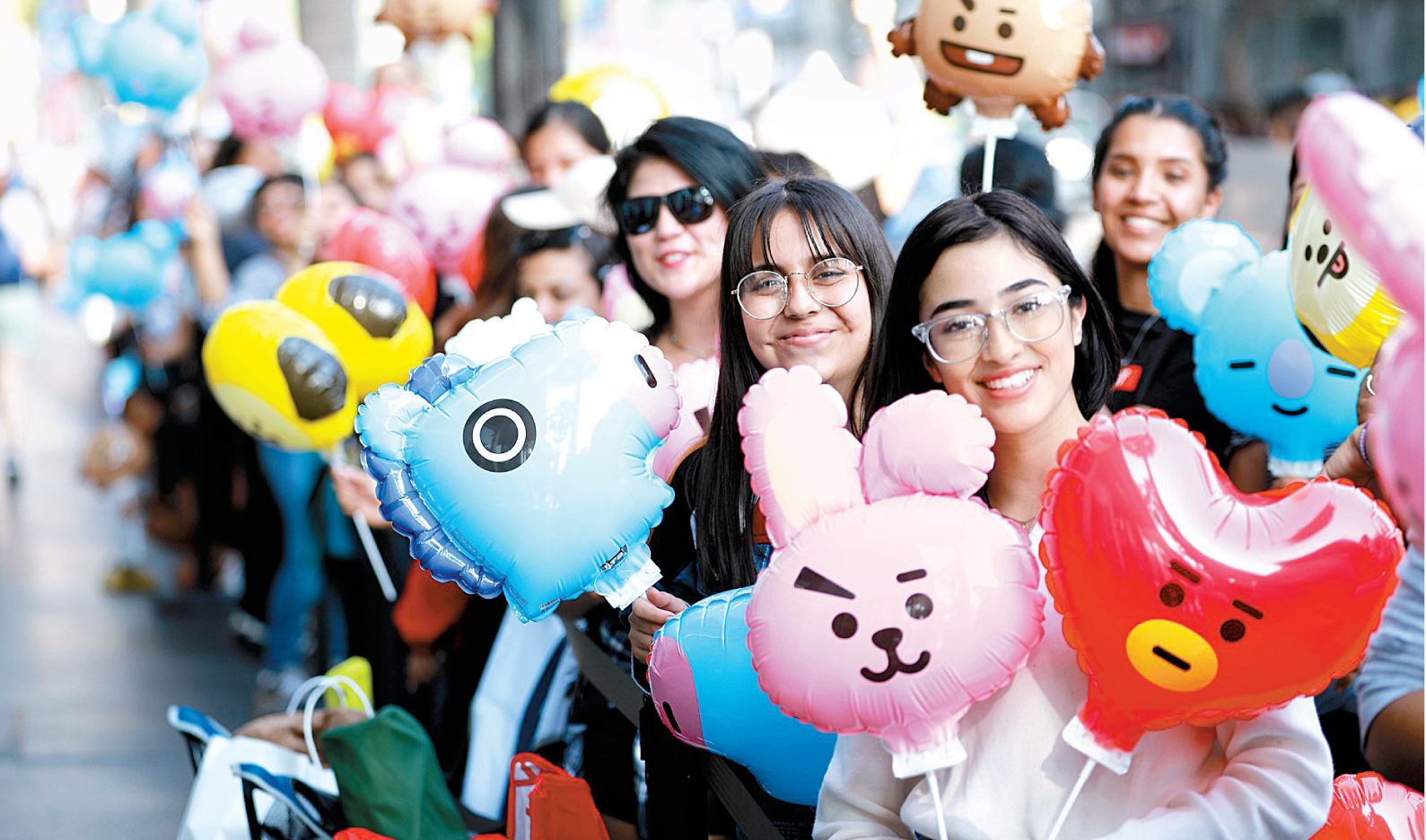 Customers line up for the Line Friends pop-up store that opened in Los Angeles, California, on July 27. [LINE FRIENDS]

Over 1,500 people lined up outside the new Line Friends’ pop-up store in Hollywood, Los Angeles, on the morning of July 27, waiting for the doors to open for the first time.

The pop-up store, which will be open until late October, saw over 15,000 visitors within the first two days of its launch.

Line Friends, a range of characters based on Naver’s messaging app, Line, has gained popularity in global markets as part of a growing trend for “K-characters.” Armed with cute animal characters with names like “Brown” and “Sally,” the brand reached the United States after its explosive success in Southeast Asia.

Line Friends has been expanding its customer base, starting with its release of the character line “BT21” in collaboration with boy band BTS last year in an effort to draw in BTS fans from around the world.

The brand has been more popular in foreign countries than in Korea. A Line Friends pop-up store opened in New York last August, but became a permanent location after its huge popularity.

“Judging by the success of the Hollywood pop-up store and the popularity of the New York location, we expect that we’ll be able to expand to a full-scale intellectual property business with Line Friends in North America,” the company said.

Line Friends operates 112 stores in Japan, the United States, China and Taiwan. Korean character and animation industries are the main pillars of the K-content industry along with mobile and PC games. The industry’s growth potential is practically unlimited as the language and cultural barriers are low and it is easy for brands to collaborate with other businesses for things like household items, games and film.

According to this year’s content industry outlook report released by the Korea Creative Content Agency in March, the character industry accounted for 9.5 percent of content exports, the second highest following the game industry. Kakao Friends is also planning to expand to Japan, the United States and Europe, starting with its recent name change to Kakao IX.