‘Along With the Gods’ dominates in first weekend

‘Along With the Gods’ dominates in first weekend 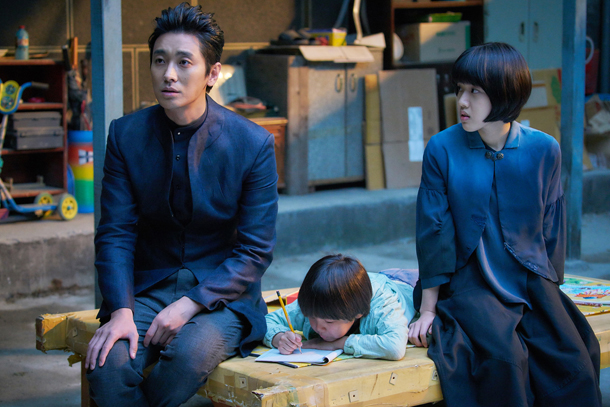 “Along With the Gods: The Last 49 Days” dominated Korea’s weekend box office with ease, selling more than six million tickets within five days of its release. [LOTTE ENTERTAINMENT]

To the surprise of few, the sequel to the webtoon-based fantasy blockbuster, “Along With the Gods,” dominated Korea’s weekend box office in its debut weekend, knocking off last weekend’s crown holder, “Mission: Impossible - Fallout.”

In its first weekend, “Along with the Gods: The Last 49 Days” sold a whopping 3.85 million tickets at 2,235 screens, accounting for a little more than 70 percent of the weekend’s entire ticket sales.

The mega-budget film, whose prequel became the second best-selling movie in Korean history (14.41 million tickets sold) upon its release in December, already set a new opening record on Wednesday. The local blockbuster attracted 1.24 million people to theaters on its opening day.

With the addition of actor Ma Dong-seok to the cast from the first film - including Ha Jung-woo, Ju Ji-hoon and Kim Hyang-gi - the sequel focuses on the relationship that the three grim keepers had a thousand years ago when they were alive.

Since the release, it has sold a total of 6.2 million tickets as of Sunday, according to data provided by the Korean Film Council.

With this speed of ticket sales, industry insiders are forecasting that the film will sell 10 million tickets by its second weekend.

Coming in at second was the sixth film in the “Mission Impossible” franchise. The action spectacle sold 851,000 admissions over the three days, accounting for 16.1 percent of the weekend’s ticket sales.

While animated superhero film “Incredibles 2,” slid down two spots, the local children’s animated film “Hello Carbot the Movie: The Cretaceous Period,” got a boost from the vacation season to land in third at the box office.

Another local animated film, “The Haunted House: The Secret of the Cave” rounded out the top five.

Despite the popularity of the original “Mamma Mia!” film, “Mamma Mia! Here We Go Again,” debuted at sixth.