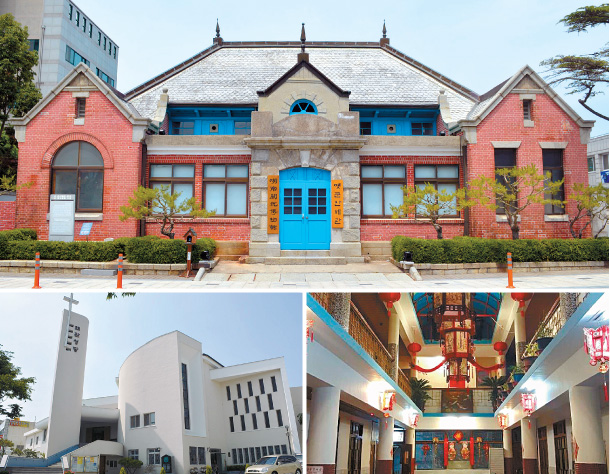 The Cultural Heritage Administration designated seven modern buildings on Monday as official historical sites. They include the Old Gunsan Customs House in Gunsan, North Jeolla, pictured above, which dates back to 1908. At the time of its establishment, other buildings were part of the customs facility, but today, only the main building and storage facility remain. The red bricks are part of a Western style of architecture adopted by many new buildings in the port’s early years. Other buildings in Gunsan were also registered, including the former residential building of the Jeonju District Public Prosecutors’ Office; Binhaewon, a Chinese restaurant, pictured on the right; the old headquarters of the Namjoseon Electric Company; and the Joseon Shipping Company building. Waegwan Abbey in Chilgok, North Gyeongsang, pictured on the left; the former main building of Chonnam National University Medical School in Gwangju; and the Gyoha-myeon town hall in Paju, Gyeonggi were also added.