The politics of division

The politics of division 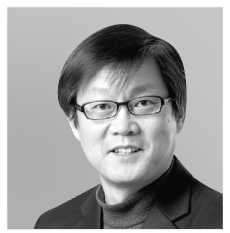 Park Seung-hee
The author is the editor-in-chief of JoongAng Sunday.

He was released after his detention warrant expired. He was in custody for 562 days. But he was also sentenced to four years in prison by an appellate court for ordering the blacklisting of artists and writers opposed to the Park Guen-hye administration. So he is not completely free. He now awaits a verdict from the Supreme Court. Nevertheless, he enraged a crowd gathered outside, who broke the window of the car he was riding in. The man I am speaking of is Kim Ki-choon, Park’s former chief of staff.

On the same day of his release, another man was awaiting questioning by an independent counsel. The allegation: conspiring with a group of bloggers to influence online opinion during last year’s presidential election. As he was taking questions from reporters outside, some could be heard shouting, “Arrest him.” Their voices were drowned out, though, by the overwhelming amount of people supporting the man, Kim Kyoung-soo, the governor of South Gyeongsang.

These two contrasting scenes draw the same conclusion: anger is the kindling of our politics. The monster of unconditional support for an ally and disgust for an enemy continues to burn. The reformists advocate that they should be in power for two decades. Lee Hae-chan, who is running for the Democratic Party leadership, argues that a plan to be in power for 20 years is necessary to implement reform. “We have experienced the policies of 10 years under Kim Dae-Jung and Roh Moo-hyun scrapped in just two, three years,” he said. Lee served as education minister under Kim and prime minister under Roh. His experiences might inform this belief.

But the question is whether 20 years in power is really the answer. The driving force of this kind of politics is the dichotomy between good and evil. The argument is that my team is always right, and the righteous should be in power for a long time.

However, history has shown us a different lesson. In Korean politics, good and evil alternate every five years. Even presidents from the same faction saw their groups subdivided into good and evil. In January 2008, the presidential transition committee announced a plan to reorganize the government. They came up with strange names like the Ministry of Planning and Finance, the Ministry of Talents and Science, and the Ministry of Knowledge Economy. 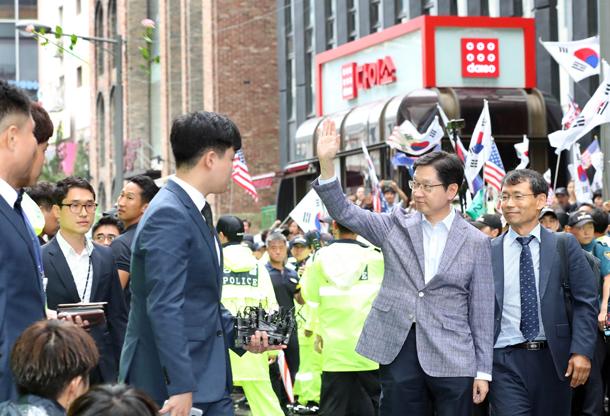 South Gyeongsang Gov. Kim Kyoung-soo waves to supporters outside the independent counsel’s office in southern Seoul on Monday as he heads into questioning over allegations of his involvement in a vast political influence campaign during last year’s presidential election. [BYUN SUN-GOO]

I still cannot forget the face of a presenter I met at a restaurant in Samcheong-dong, central Seoul, that day. He claimed that they were good reformists. He boasted that such an idea could be conceived only by a “pragmatic” administration like Lee’s. Unfortunately, education did not change, and the Ministry of Talents and Science changed its name back to the Ministry of Education. In the meantime, business card printers enjoyed a boost.

Has there been any president elected to a five-year term who did not promise reform? Was there any president who did not have 60 percent, 70 percent approval ratings at the beginning of a term, despite differences in how long he or she remained popular? From Kim and Roh to Lee and Park and now Moon Jae-in, what changed the real outcome was not one faction. It was the votes of people who judged a president and ruling party focused on factions.

Moderates have always made solemn decisions on Korean politics. It was they who made Lee and Park presidents when the passion of Roh’s fan club died down. It was also they, disgusted by the madness of Park supporters, who elected Moon as president. Factions may be a necessary condition but not a sufficient one. So the idea of two-decade rule by one faction might not be the answer.

Those who don’t belong to a faction in Korean politics are watching the politics of anger accumulate tinder. They are waiting for the opportunity to decide who they need more. The idea of winning 20 years in power is false. When the time comes, the answer in Korean politics is always integration and cooperation. As factional rhetoric becomes stronger, the answer also becomes clearer.