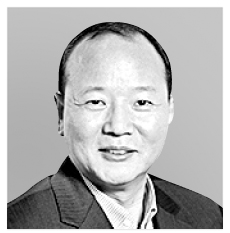 Oh Young-hwan
The author is deputy director of the Military and Security Research Institute and an editorial writer at the JoongAng Ilbo.

The United States is keeping China’s rise in check on the economic and security fronts. The division of roles is precise. U.S. President Donald Trump is at the front line of the tariff bombs on China. The justification is a trade imbalance and unfair practices. The key is protecting intellectual property rights. His trade war targets China’s high-tech industry vision of Made in China 2025. The hegemonic battle in the new norm of the fourth industrial revolution has begun.

In the name of security, the United States has also started to control foreign capital. It is a big change for the United States to set up tariff and investment barriers 40 years after China’s reform and opening up in 1978. America’s détente with China and most-favored-nation treatment helped China rise. It is ironic that the United States is abandoning free trade, an axis of the U.S.-led order since World War II. It symbolizes the United States’ reduced global status. Changes in dynamics beyond Trump’s America First call may be in the background.

The Asia-Pacific strategy of the United States is also aggressive. It has come up with a strategy to counter China’s Belt and Road initiative. It is completely different from the pivot to Asia under Barack Obama’s administration. The United States wants to pursue a free and open order from the West Pacific to West Africa in the Indian Ocean. It is a policy to check China’s military presence in the South China Sea and its Belt and Road vision.

In late May, the U.S. Pacific Command was renamed the Indo-Pacific Command. Secretary of Defense Jim Mattis was straightforward on the reason. “The Indo-Pacific has many belts and many roads,” he said. Fifteen days later, he added, “The Ming Dynasty appears to be their model, albeit in a more muscular manner, demanding other nations become tributary states, kowtowing to Beijing.” Mattis also accused China of “using the predatory economics of piling massive debt on others.”

Chinese President Xi Jinping met Mattis in late June and said, “Any inch of territory passed down from ancestors cannot be lost, while we want nothing from others.”

Last week, U.S. Secretary of State Mike Pompeo announced the Indo-Pacific policy’s economic vision. Once again, the target was Belt and Road. “We believe in strategic partnerships,” he said, “not strategic dependency.” The world has changed to the extent that the U.S. secretaries of state and defense are both mentioning modern imperialism and dependency.

Pompeo promised a $113 million development fund for the Indo-Pacific region and $300 million for security cooperation. Currently, $60 billion in overseas development funds are pending in Congress. Here, Japan and Australia have joined. The strong determination to not let the Indo-Pacific region fall under the influence of China can be felt. It reminds us of the “great game” between the United Kingdom and Russia over control of Central Asia during the 19th century.

The size of U.S. development funding is incomparable to that of China. China’s infrastructure investment in Pakistan alone is $62 billion. It is estimated that China will invest and lend over $1.5 trillion in 10 years in 70 countries under the Belt and Road initiative. The economic impact is tremendous. It stimulates markets in the developing countries and narrows distances in Eurasia.

But the aggressive expansion could backfire. More than a handful of countries are in debt since China made investments in the form of loans. Pakistan is on the verge of getting a bailout. U.S. forces are stationed in Djibouti, but the African nation has also offered China a base. Sri Lanka gave China control over a port. The Belt and Road initiative is making other enemies.

The power contest between the United States and China is testing South Korean diplomacy. Their confrontation has ramifications on the Korean Peninsula. North Korea now has more room to move because China often prioritizes geopolitics over denuclearization. It wants to bring as many countries to its side as possible. That may be why the denuclearization process is wavering.

South Korea is in a tight spot. The United States is an ally, but China is a cooperative partner. We need to stand firm on our alliance with America while holding out our arms to China. South Korea will be relieved when we can get out of our zero-sum perspective. If we become flexible, we won’t break.