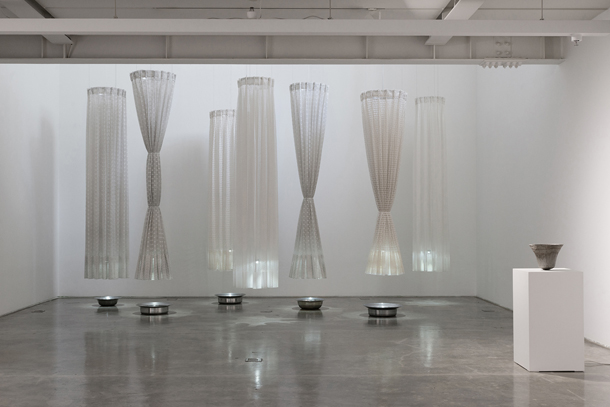 To Saturday: The exhibition at SongEun Art Space features new works by the 16 artists who had solo shows between 2015 and 2017 at its sister space SongEun Art Cube for young artists.

The art space is closed on Sundays. Go to Cheongdam Station, line No. 7, exit 9, and walk for 10 minutes.

To Aug. 26: The Deutscher Werkbund, or the German Association of Craftsmen, is a non-profit organization established in 1907 made up of artists, designers, architects and industrialists who work together to create products that are not only useful, but also beautiful at the same time.

Sungkok Art Museum presents a retrospective of the past 100 years of the association, during which it pioneered the way of industrial design for not only household deco props, but also buildings and whole neighborhoods. A total of some 360 works, from photographs and posters to furniture and products that can be purchased at the market today, are on display. 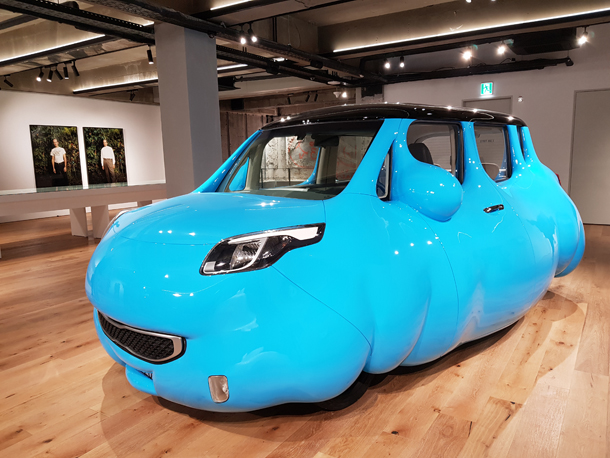 To Sept. 9: The first-ever solo exhibition in Korea of the famous Austrian artist Erwin Wurm features several pieces from his well-known “One Minute Sculptures” series. Each piece consists of everyday objects and instructions from the artist. “The sculpture is realized” as the artist says, when a viewer strikes a pose with the objects, as instructed via a sketch and inscription.

The exhibition also includes “Ship of Fools” which Wurm presented in the Austrian pavilion at the 2017 Venice Biennale. The piece is a caravan around which people can do several “One Minute Sculptures.” The caravan, along with the visitors’ bodies and actions, creates a composite sculpture.

Among the exhibits is also the life-size sculpture of an absurdly plump car, entitled “Dumpling Car,” which the artist created for the Seoul show, as the latest in the his “Fat Car” sculpture series.

Admission is 5,000 won for adults. Go to Hangangjin station, line No. 6, exit 3 and walk for five minutes.

To Oct. 28: “Weather” is a multimedia exhibition featuring works that have been influenced by the different weather conditions at different places we see in our everyday lives, from a sunny day at the beach to snowy landscapes on a mountain.

Colorful photographs are displayed throughout the exhibit, with special installations in between each sections recreating nature’s wonders within the museum walls: A staircase is decorated with fluffy cotton clouds, a hallway is filled with mist, allowing visitors to feel as if they’re walking through fog, and a dark aisle is filled with the sounds of rain tapping gently at the window.

Tickets cost 9,000 won for adults. The museum is closed on Mondays, and opens everyday at 10 a.m. until 6 p.m. on weekdays and Sundays, and to 8 p.m. on Saturdays and Fridays.

To Nov. 15: Brazilian pop artist Romero Britto’s colorful works are widely loved in Korea, including by pop stars like Big Bang’s G-Dragon, and at PopconD Square inside IPark Mall in Yongsan, central Seoul, visitors will get the chance to see his works from when he first began his career as well as new works that have not been shown anywhere else in the world. Some 120 pieces are on display including paintings, prints, sculptures and two multimedia works sitting at the beginning and end of the exhibition.