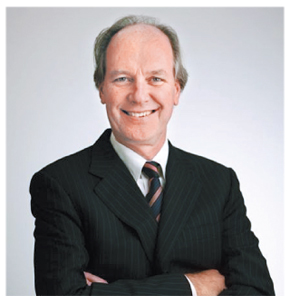 The United States is unlikely to impose tariffs on Korean cars, a former Moody’s official said Friday, a possible exemption that could give a boost to the revised free trade agreement between the two allies.

Korea has made concessions on automobiles in the revised free trade deal struck earlier this year, but U.S. President Donald Trump has threatened to slap the so-called Section 232 tariffs on automobiles on national security grounds.

Thomas Byrne, president of the New York-based Korea Society, said he hopes that the Trump administration will not invoke the 232 tariffs on Korean automobiles, citing the opinion of Wendy Cutler, who negotiated the original free trade deal with Korea in 2007.

Cutler has said that it is inconceivable that Trump will rule against Korea as Seoul has made concessions in the free trade deal and is a strong ally of Washington.

“She believes that the U.S. is taking everything into consideration and would not invoke the 232 tariffs on Korean automobile makers, and I hope that she is right on that ... and I’d go with her judgment,” Byrne said in a seminar at the Federation of Korean Industries, a business lobby, in western Seoul.

The United States has conducted 16 investigations into mostly oil imports under Section 232 of the Trade Expansion Act since 1962, though most of the probes determined that the imports posed little threat.

Korea - the third largest source of U.S. steel imports - was the first and only country to secure a permanent steel tariff exemption, although it had to accept a quota on how much products it could ship.

The EU, Canada, Mexico, Australia, Argentina and Brazil are exempt from 2018 aluminum tariffs.

The U.S. Congress has delegated to the president the power to make determinations and impose tariffs, but there is a lot of dissatisfaction on Capitol Hill with how the Trump administration is imposing tariffs, particularly those against its allies.

The U.S. secretary of defense has sent a letter to the secretary of commerce, and he expressed concerns about the negative impact on key allies such as Korea as the Trump administration seeks to implement the section 232 tariffs.

In July, a bipartisan Korean parliamentary delegation visited Washington and said the ratification of the revised free trade deal could get nowhere in Seoul unless the issue of 232 tariffs on Korean automobiles is resolved.

“If the U.S. goes ahead (with Section 232), it will damage the bilateral trade relationship” and “the overall relationship, the security relationship perhaps as well,” Byrne said.