SON HAE-YONG
The author is the head of the economic policy team of the JoongAng Ilbo. 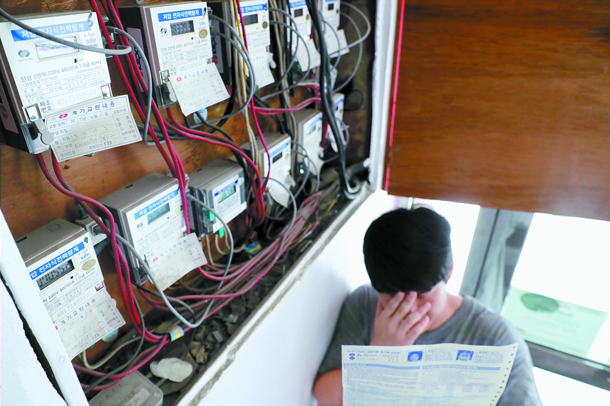 Nevertheless, people are reluctant to use air conditioning even during the worst heat wave because of the progressive rate system. There are a number of reasons to call for a rate adjustment. First, people’s living patterns have changed. In 1997, only 9 percent of households had air conditioners at home, but now, 90 percent have one. Households that use more than 300 kilowatt hours of electricity a month have increased from 12.2 percent in 2002 to 30 percent today. Fairness is also controversial. Residential electricity is the only situation where a progressive rate is applied for commercial and industrial electricity.

The Ministry of Industry, Trade and Energy is ready to draft an overall reform of the electricity bill, including the progressive rate on residential electricity. However, the process is not simple. When the tiered rate is adjusted, households that consume a large amount of electricity would save, but the burden on low-income households may grow. To lower the rate in the high-rate tier, the basic unit cost is bound to increase.

The trend that encourages electricity consumption could hurt the argument defending nuclear phase-out.

President Moon Jae-in said that the usage of air conditioners should be considered a basic need directly related to the health of Korea’s citizens.

To make air-conditioning an accessible and universal need, a low-cost, highly efficient electricity source is necessary. As extreme heat waves and severe winters have become more common and the fourth industrial revolution has started, the demand for electricity will only grow. But the government promised that electricity rate hikes would not happen in this administration.

It is complicated to calculate how to cover the increasing electricity demand while maintaining the nuclear phase-out direction and how to lighten the burden of electricity bill while having people use air-conditioning liberally. I am curious of what the solution for the residential electricity rate system that the government is drafting will be.