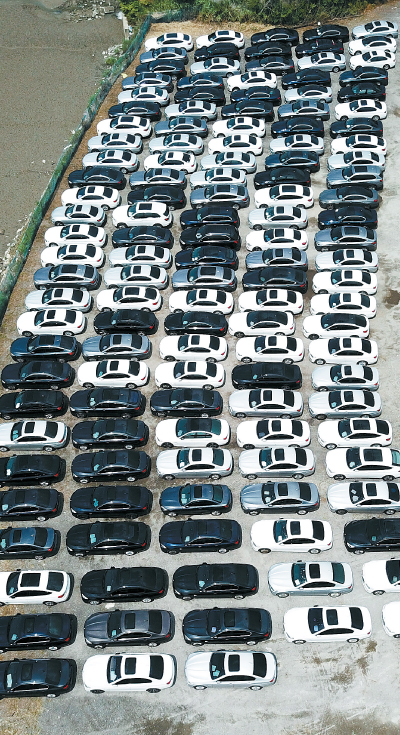 ­Recalled BMW cars are parked at the German automaker’s storage center in Pyeongtaek, Gyeonggi, on Friday. According to BMW Korea, the vehicles were relocated to Pyeongtaek with the agreement of customers who turned in their cars to centers in the greater Seoul area. The vehicles will be returned to their owners once the exhaust gas recirculation (EGR) module, the component that is suspected of causing vehicles to catch fire, is changed to a new model.