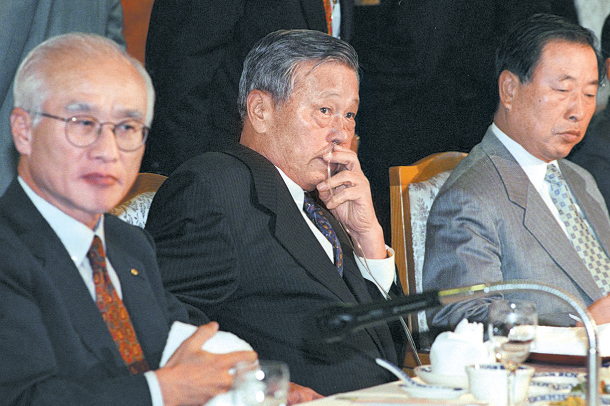 SK Group will hold an event on Aug. 24 to commemorate the 20th anniversary of the death of Chey Jong-hyun, the group’s former chief and father of current chairman Chey Tae-won.

Some 500 figures from the industry will participate in the event and the group will hold a photo exhibition dedicated to the late Chey at major business venues starting Tuesday.

Chey is known to have established the vertical integration of energy and chemical businesses of SK Group, which was formerly focused on textiles.

From 1983, Chey started exploring for oil fields oversea, which at the time had an estimated success rate of only 5 percent. In 1984, Chey developed an oil refinery in North Yemen. In 1991, Chey also built a manufacturing plant to make p-Xylene in Ulsan, a material for synthetic fiber, completing the vertical integration of the company’s chemical business.

Chey is remembered for forward-looking vision in business.

In 1984, Chey built an overseas operation in the United States, predicting that it would lead the tech industry in the future. Based on the U.S. operation, Chey made hefty investments in American ICT companies in a search of a future growth engine, which led to the start of SK Telecom.

Chey’s management style has been followed by his eldest son and current chairman Chey Tae-won.