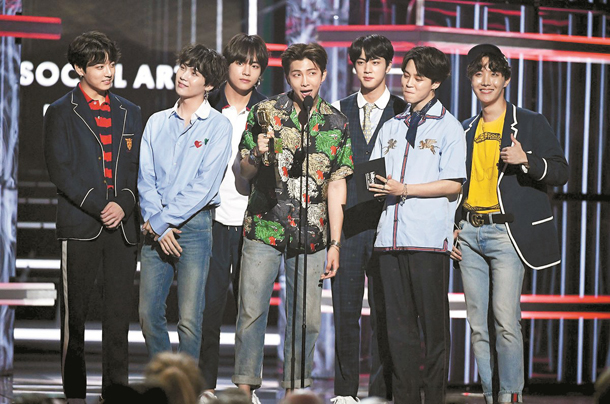 Boy band BTS took home the award for Choice International Artist at the 2018 Teen Choice Awards held at the Forum in Los Angeles, California, on Sunday. This is the second year in a row that the group has won the award.

The group’s fan club, known as ARMY, was given the Choice Fandom award, which honors the most influential group of fans of the year.

The Teen Choice Awards annually celebrates the year in music, film, television, sports and fashion. Teens aged 13 to 19 living in the United States can vote for their favorites through social media.

BTS is planning to release seven new songs when “Love Yourself: Answer,” the fourth and final installment of the Love Yourself series, becomes available on Aug. 24.