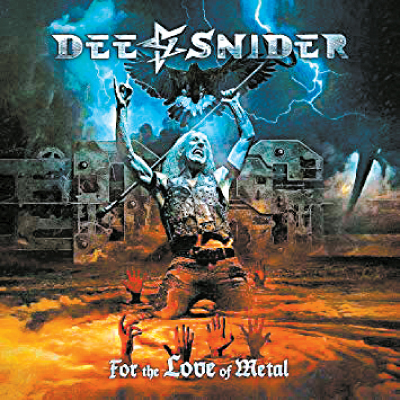 “For the Love of Metal’’

Dee Snider, the Long Island mouth that roared on all-time rock classics including “We’re Not Gonna Take It’’ and “I Wanna Rock,’’ already did the solo thing in the early ‘90s while Twisted Sister was on hiatus.

But apparently there was something deeper, darker and heavier brewing within Snider that even he might not have known was there.

It’s difficult to imagine that a guy old enough to collect Social Security can melt your face deep into his fifth decade in the heavy metal biz. But he does. And Snider garnishes these tracks with just enough attitude to appeal to his ‘80s fans. “Lies Are a Business’’ is steeped in today’s nu-metal riffage, yet it employs a twin-lead guitar solo that could have been ripped from Accept’s “Fast As A Shark.’’

The true reveal here is “Tomorrow’s No Concern,’’ in which Dee seemingly lets go of his considerable ‘80s legacy, saying he doesn’t need it because he’s got today well in hand.