KIM DONG-HO
The author is an editorial writer at the JoongAng Ilbo. 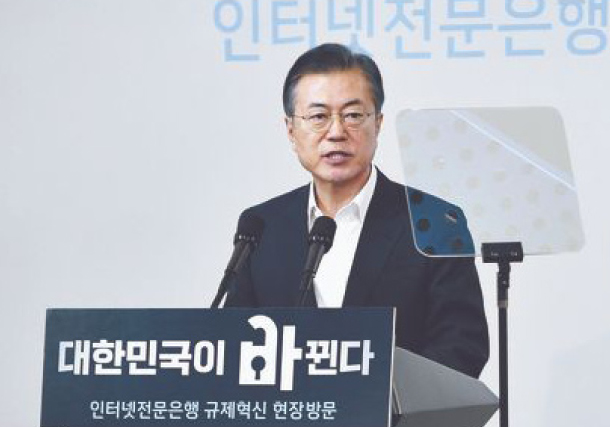 “Designated Survivor” was the first American television series I watched. As it was a work of fiction, it seemed unlikely to actually happen in reality. An explosion destroyed the U.S. Capitol building and killed the president of the United States and all its cabinet members except for the designated survivor. The designated survivor is kept in a physically distant and secure location in case those in the line of succession pass away. According to the line of succession, the designated survivor would then become the acting president of the United States. It is a safety measure to keep the government functioning. It sounds far fetched, but the procedure is defined in the U.S. Presidential Succession Act.

In the series, the designated survivor on the day of the attack is Thomas Kirkman, the secretary of housing and urban development. He unintentionally becomes president and leads a chaotic administration. The most impressive thing was Kirkman’s persuasiveness. He is shocked by the reality that the president cannot do as he wishes. He is constantly faced with political opposition. When an issue is voted on, he pushes to pass the bill with just one vote by sincerely persuading his opponents.

After President Moon Jae-in declared that “red flags” across the Korean economy should be removed, labor and civil groups offered resistance. They argue that deregulation is a pro-chaebol policy. In 1865, England mandated that automobiles be lead by a pedestrian waving a red flag and limit the speed at two miles per hour to protect the wagon and carriage businesses. The red flag traffic law allowed Germany to take the lead in the automobile industry.

Korea’s separation of the banking and industry is similar. Due to concerns over banks turning into private accounts for conglomerates, non-financial companies’ voting rights in banks are limited to 4 percent. Because of this law, Korea’s fourth industrial revolution is struggling to get off the ground. China’s success in new industries such as e-commerce, car-sharing, blockchain, big data and artificial intelligence shows that they cannot evolve without fintech. The secret weapon of China’s IT giants Baidu, Alibaba and Tencent are the internet banks that facilitate mobile transactions.

President Moon’s removal of red flags is in line with the two former conservative presidents’ deregulation campaigns. They attempted to reform regulations but failed. Their pro-business policy was defeated by labor and civil groups and the liberal party. Watching “Designated Survivor,” I thought it would have been better if Presidents Lee Myung-bak and Park Geun-hye had been sincere enough to persuade others. In order for Moon not to follow in their footsteps, he must become like Kirkman. The conservative opposition is cooperative. He can now persuade those in his camp that oppose his new direction.