“Catch Me If You Can, Catch 22”(2017), a spectacular painting by African-American artist Nina Chanel Abney, will be part of the “Faultlines” exhibition at the 2018 Gwangju Biennale, which will deal with lingering or newly-emerging borders between nations, genders, races and more. [GWANGJU BIENNALE]

Although the Korean art scene seems a bit slow these days with the lingering heat wave, behind the scenes, many people are breaking a sweat preparing for major international art events that are set to kick off early next month. Four biennales including the 12th edition of the Gwangju Biennale, one of Korea’s biggest and most internationally-renowned contemporary art shows, will kick off in early September. This is a brief overview of the upcoming biannual exhibitions. 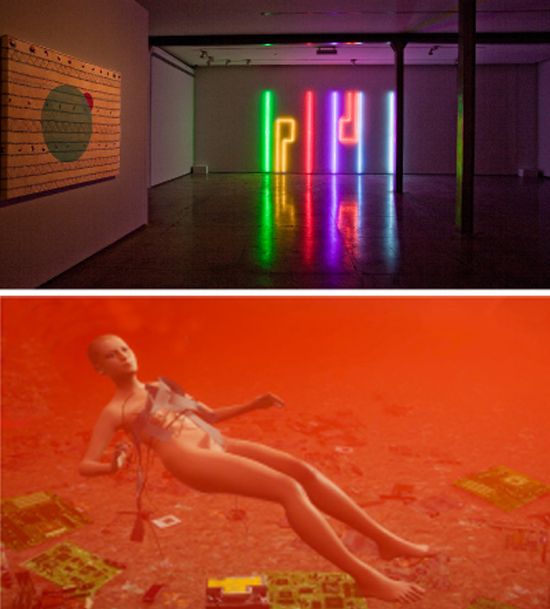 Venue: The Gwangju Biennale Exhibition Hall, the Asia Culture Center (ACC) and other venues throughout Gwangju.

Under the multiple curator system introduced by Sunjung Kim, the current president of the Gwangju Biennale Foundation, 11 curators on seven teams will create seven exhibitions, with a total of 164 artists from 43 countries set to participate. The exhibitions are planned nearly independently from each other but are loosely tied under the theme “Imagined Borders,” a reference to the theme of Gwangju’s inaugural Biennale in 1995, “Beyond the Borders,” as well as political scientist Benedict Anderson’s term “Imagined Communities.”

Among the exhibitions, “Imagined Nations/Modern Utopia” curated by Clara Kim, “looks into modern architecture in third-world countries that reflect the history of modernization accompanied with colonization and the new governments’ visions after liberation, which often changed in interactions with citizens,” as the curator at Tate Modern in London explained in Seoul on Monday. 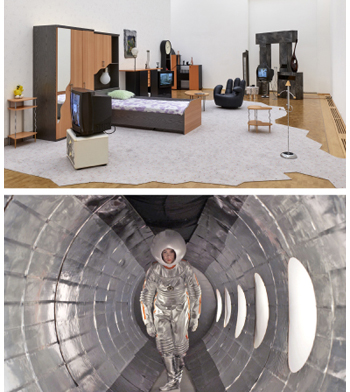 Berlin-based artist Henrike Naumann’s installation works, which reflect the reality of life in Germany, top, and Singapore-based artist Ming Wong’s space-inspired piece about the Chinese diaspora, above, will be part of the 2018 Busan Biennale. [BUSAN BIENNALE]

Under the theme of “Divided We Stand,” the Busan Biennale will look into the psychologies behind continued conflicts between groups, societies and cultures even after the Cold War, with Paris-based art critic and curator Cristina Ricupero as the artistic director and Berlin-based writer and curator Jorg Heiser as the curator.

Seventy artists will present their works, including Berlin-based Henrike Naumann’s installation works that reflect the reality of Germany, including the phenomenon of the far-right movement gaining strength in formerly socialist East Germany and Singapore-based artist Ming Wong’s Sci-fi-inspired media art piece about the Chinese diaspora.

Venue: Seoul Museum of Art and other venues across the city.

This year’s edition is expected to have more documents, talks and discussions than previous editions, worrying some art lovers who want the biennale to be faithful to its original goal of focusing on new media art.

Adding to concerns, museum director Choi Hyo-joon, who designated himself one of the six co-curators for the biennale, has been suspended indefinitely for alleged sexual harassment, which the director strongly denies.

Venue: Daegu Arts Center and other venues throughout the city.

The photo festival’s main exhibition “Role-Playing: Rewriting Mythology,” features 49 artists from around the world and more than ten additional exhibitions and symposiums.

The main exhibition, directed by France-based curator Ami Barak and co-curated by Daegu-based Kang Hyo-yeun, looks back on the roles and status of photographers based in French philosopher Roland Barthes’s theory on photography.