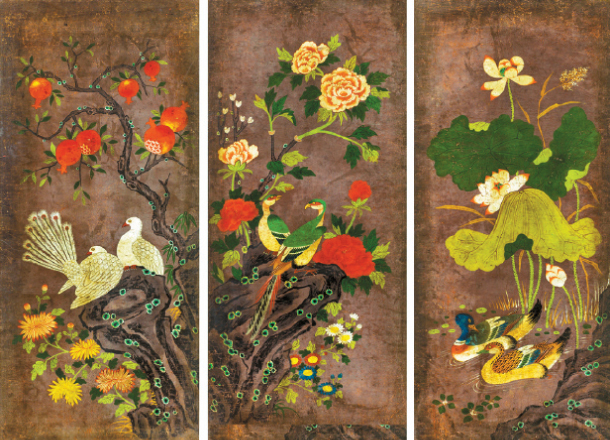 FLOWER PAINTINGS FROM THE JOSEON DYNASTY

To Sunday: This new exhibition at the Gallery Hyundai sheds new light on minhwa, often referred to as traditional Korean folk art. Using all three spaces of the gallery, including Gallery Hyundai, Hyundai Hwarang and the Dugahun Gallery, the gallery has decided to organize the grand exhibit on Korean folk paintings in an attempt to break the misconception that all minhwa are of low quality. About 50 high quality minhwa works are on display, allowing visitors to really appreciate the quintessence of Korean folk paintings. Most of the exhibited minhwa works are hwajodo, or paintings of flowers and birds, which were considered some of the most popular motifs of minhwa during the Joseon Dynasty.

To Sunday: The large-scale retrospective of Korean abstract art pioneer Kim Whanki (1913-74) features 108 paintings and drawings by Kim as well as documents and other materials about the artist. Most of the works were loaned by the Whanki Museum in central Seoul, founded by the artist’s wife, Kim Hyang-an (1916-2004).

The works are on view chronologically. Visitors can see how Kim’s works evolved from the half-figurative, half-abstract paintings, which are easily understood by the general public, to pure abstract art, in particular, the so-called dot paintings that he developed in the last four or five years of his New York period. The latter are hard to understand, but are regarded as the apex of Kim’s oeuvre by art historians. 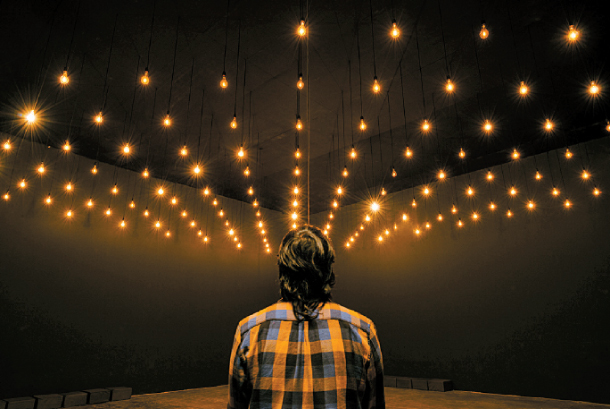 Among them is the spectacular “Blue Sun,” a huge globe made of 342 panels with LED lights, which reflects a phenomena that occurs on the surface of the sun. Another one of the new creations is “Pareidolium.” In a dark room, a mist fountain is installed. When the viewer comes close and stands at a certain point, a face detection program instructs the fountain to create the viewer’s face out of the water.

The artists on display range from abstract painter Chun Sung-woo (1934-2018), who went to the United States in the 1950s, to Kyungwoo Han, 39, who studied in the country in the 2000s and is well known for installation and video works that play with perspectives and optical illusions.

Choong Sup Lim, 77, famous for installation works in between Western minimalism and Eastern philosophy, is also taking part in the exhibit. Filmmaker Kim Gina, 45, presents her film “Faces of Seoul” in the exhibition. She is well known for the VR film “Bloodless,” about a U.S. soldier’s brutal killing of a Korean sex worker in 1992 that won the Best VR Story Award at the 74th Venice International Film Festival.