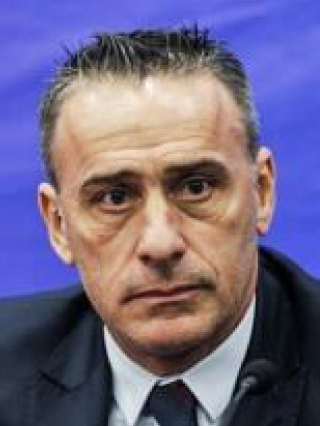 A Korea Football Association (KFA) official said Bento will sign a contract to lead the Taeguk Warriors through the 2022 FIFA World Cup in Qatar. If confirmed, the Portuguese 49-year-old former player will succeed Shin Tae-yong for the top coaching job.

The KFA later announced that Kim Pan-gon, who leads the national team coach selection committee, will hold a press conference on Friday to announce the new national football team head coach. Kim made his second trip to Europe last Wednesday to negotiate with candidates for the coaching job.

Korea has been searching for its new boss after the 2018 FIFA World Cup in Russia, where it suffered a group stage exit with one win and two losses. Bento started his coaching career with Portuguese giants Sporting Lisbon in 2004. After winning domestic cup competitions with Sporting, he moved on to coach the Portuguese national team in 2010.

Under Bento’s guidance, Portugal reached the semifinals at EURO 2012 and qualified for the 2014 FIFA World Cup in Brazil. Bento, however, was sacked in September 2014 after Portugal failed to reach the round of 16 at the World Cup and displayed poor performance in its EURO 2016 qualifying campaign. He last managed Chinese outfit Chongqing Lifan from December 2017 to July 2018.

Bento will make his Korea debut next month when the national team hosts Costa Rica and Chile for friendly matches at home.