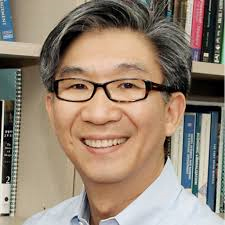 Park Jung-soo
The author is a professor of economics at Sogang University.

The government is being accused of statism because of its outsized role in economic affairs. Statism refers to extensive centralized government control in economic planning and social affairs. Korea achieved a rapid rags-to-riches economic transition under the rigorous control of autocratic military regimes. It was able to shake off the extreme post-war poverty and accomplish modernization at a staggering pace under careful and effective state planning, a competent bureaucracy and hard-working enterprises. But growth-obsessed policy has polarized the business sector, broadened income gaps, and encouraged collusive ties between the public and private sector.

The Moon Jae-in administration focuses on the weaknesses that came about during the industrialization process and seeks a radical change in policy direction. Although aiming for different goals than past administrations, the features of statism are more evident with the incumbent government. For instance, the government has interfered in price-setting by inflating the minimum wage, forcing a cutback in private sector work hours and regulating real estate trade. On the pretext of increasing jobs, it has added many new government posts to further enlarge the public sector.

The Korean economy has become mature and competes with other developed economies. It must address its chronic structural problems to move forward. At such a crossroads, the country should contemplate whether an expansive government role is suitable for advances in the Korean economy.

For an economy in dire need of innovation and competitiveness, excessive government planning and interference can increase regulations and bode badly for economic progress. A statist government tends to use regulatory weapons to contain and impair market freedom to centralize more power around the government. Centralized power can also affect distribution of national resources. The stockpile of regulations over the last half century has encouraged crony capitalism instead of free market competition.

The government acting both as a regulator and policy sponsor bred a convenient and reciprocal nexus between the political and business communities. Regulation undermines the market’s efficiency in resource distribution as well as creativity and innovation. To strictly block collusive practices and broaden opportunities for innovation, structural changes are required to the government’s role. The government must shake out of its fixed bias that laissez-faire policies stoke chaos and unfairness and its systematic control is needed for an orderly market flow and creation of value.

Reckless government intervention and regulation disrupts market order and distorts resource distribution. In today’s connected and digitalized society, the government could be slower than the private sector in access to information. No government can fully grasp the diversities and complexities of the market. The government’s insistence that it must interfere on the pretext of helping the weaker sections of society will actually backfire on both it and those sectors of society.

The policies on the minimum wage and real estate have not generated the desired results because the government has misunderstood the incentives for the economic participants and the market’s mechanism. If policies are influenced by political design and lack reasonability, their negative impact on the market worsens. Minimum wages in advanced economies mostly hover below 50 percent of their median wage level. Because reason has been ignored, the minimum wage in Korea has shot up to 62 percent of the median wage and caused enormous shocks to the market.

There are other areas where a stronger government role is needed. Society faces greater challenges from fast advance in technologies, globalization and an aging population. The government must focus policies to address job security and worsening inequalities — areas in which the market cannot help — through labor reform, poverty care, and stronger social welfare.

The government must quickly shift its policy direction because its current measures have only aggravated woes of the bottom-tier and socially weak class. The government must instead restrict its role to upholding fair competition and order in the market. It must check large companies’ abuses of their dominant positions and toughen punishments on illegalities such as technology theft to promote the market to fairly compete through innovation. According to the Ministry of SMEs, technology theft from small and mid-sized companies reached 644 cases valuing 1.7 billion won ($619,470) per case in 2016.

The government’s role in a Korean economy on the doorstep of joining the ranks of the advanced category should be different. Instead of meddling in market activities, it must focus on building an environment and system where risk-taking innovations can flourish and companies compete through better services and products.