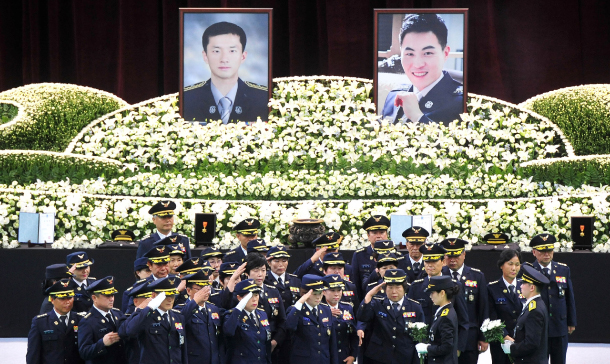 Firefighters salute two of their own at a funeral in Gimpo, Gyeonggi, on Thursday. Oh Dong-jin, pictured on left, and Shim Mun-gyu were attempting a boat rescue on the Han River on Sunday when their vessel capsized in a strong current. Their bodies were found in the river on Monday. [KIM SU-YEON]