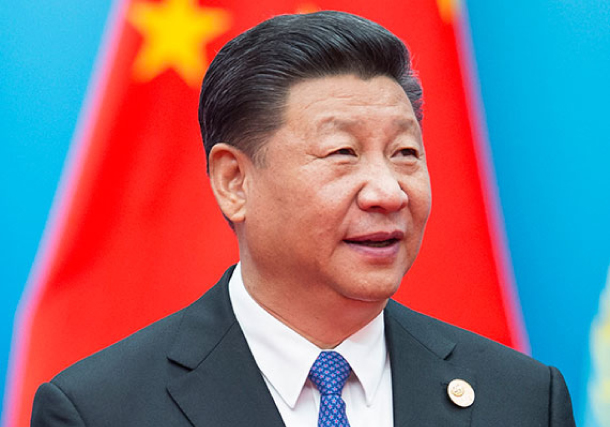 “A revealing joke in Beijing elite circles describes how Deng Xiaoping, father of the past 40 years of reform and economic opening, assembled two teams, one comprising the country’s best technocrats and the other China’s most ingenious Marxist theoreticians. Deng asked the first team what policies the economy needed, and commanded the second team to define those policies as socialist. Reform-minded elites now worry that Xi has reversed that process,” The Economist wrote in a recent issue.

Chinese President Xi is being shaken. His popularity at home and abroad is plummeting. The U.S.-China trade war and the incident of a protester splashing ink on a Xi poster changed the mood in Beijing. During the Beidaihe Conference, China’s CCTV only reported on Premier Li Keqiang.

News from the United States is ominous. The CIA’s deputy assistant director of the East Asia and Pacific Mission Center suggested that China and the Chinese Communist Party were separate. He said, “By their own terms and what Xi enunciates, I would argue by definition what they’re waging against us is fundamentally a cold war … A country that exploits all avenues of power licit and illicit, public and private, economic and military, to undermine the standing of your rival relative to your own standing without resorting to conflict.”

Attacking the Chinese Communist Party is an old tactic of Uncle Sam. Three years ago, Wang Jisi, dean of the School of International Studies at Peking University, mentioned “two orders.” One is the internal order under the Communist Party leadership and the other is the international order, which the United States attempts to lead. “This contradiction between ‘two orders’ or ‘two supremacies’ lies at the heart of the fraught relationship between the two nations,” Wang argued. As the Chinese Communist Party stirred the global hegemony of the United States, the “peaceful evolution” card has been played.

The internal situation in China is also disturbing. On May 4, a graduate of Peking University put up a poster at the school calling for an end to leadership worship and bringing back term limits. Last month, Xu Zhangrun, a law professor at Tsinghua University, opposed personality cults and a constitutional revision that removed the term limit. People have started to speak out.

Xi removed term limits and stirred up the legacy of Deng Xiaoping, who abolished lifetime leadership. It is an unreasonable move that goes against the old saying that power does not last ten years. The economy, which is the basis of the Chinese Communist Party’s rule, is ominous as trade, stock price and the exchange rate are shaky. In his seventh year in power, Xi said that he would seek changes within stability, but he is facing a serious test.