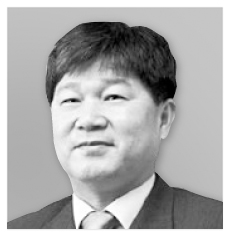 The Fukushima disaster was caused by a 15-meter (49 feet) tsunami that occurred in the aftermath of a giant earthquake along Japan’s eastern coast. It caused a meltdown at the Daiichi nuclear complex in March 2011, which put the brakes on the Lee Myung-bak administration’s plan to expand nuclear reactors in Korea.

But in September, the necessity of nuclear reactors overwhelmed public fears after rolling blackouts broke out due to power shortages. People preferred a stable and cheap supply of power from reactors, regardless of the potential risk. The power issue was a hot topic in 2011.

The importance of nuclear reactors came up again this year. The anti-nuclear power argument gained ground after a 5.4-magnitude earthquake in November last year hit Pohang, North Gyeongsang, on the southern coast.

The liberal government caps any rise in utility fees. Regardless of its policy of phasing out nuclear power, the state utility firm should have reflected the spike in coal, oil and natural gas costs in electricity bills. But it could not, because the government is against raising utility fees due to political considerations. It is no surprise that Kepco’s financial situation has been wrecked. 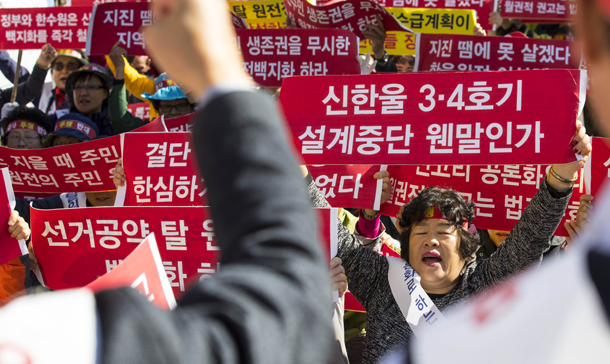 Local residents urge the government to continue the construction of the Shin Hanul 3 and 4 nuclear reactors in Uljin, North Gyeongsang, last October. [YONHAP]

Electricity is the cheapest fuel in Korea. This is bottled water being cheaper than tap water. On his social media page, the Kepco CEO grumbled that “processed tofu is cheaper than soybeans,” as fuel has become more expensive than electricity in Korea.

People kept their air conditioning on day and night not just because of the sizzling heat, but also because electricity is cheap in Korea compared to other advanced economies. President Moon Jae-in ordered the government to lower residential electricity rates for July and August to ease financial burden on households. Kim Moon-soo, who ran in the Seoul mayoral race as the main opposition party’s candidate, called the move “bad politicking.” Electricity fees are still determined by presidential orders instead of the market mechanism of supply and demand.

Market principles cannot be applied indiscriminately to power, a key public industry. But restricting increases to electricity fees for decades has had serious ramifications. The government vowed not to raise electricity bills during Moon’s term even as it pushes expensive renewable energy over fossil and nuclear fuels.

Both liberal and conservative governments have shaped their energy plans for political purposes, resulting in a loss in public confidence. Under the latest long-term energy outline that the government announced late last year, the share of energy from renewables, such as wind and solar power, would go up to 20 percent by 2030 by lowering the country’s reliance on coal and nuclear-powered generators. It keeps insisting that the power supply and utility bills won’t be affected by the risky shift.

It is ludicrous for the government to insist that it can achieve an ideal energy mix while being arbitrary in its energy plan and billing without reflecting the production cost and tolerating a public monopoly that deprives consumers’ of the right to choose. Instead of accelerating a nuclear phase-out, the government must give up its complete control over energy. It must cease its bureaucratic influence over rate-setting and return energy to the private sector and the market.

If the government really wants to realign its energy policy for the next century, it should create an independent or social body to help people self-supply and generate power through rooftop panels. That would be true energy democracy.