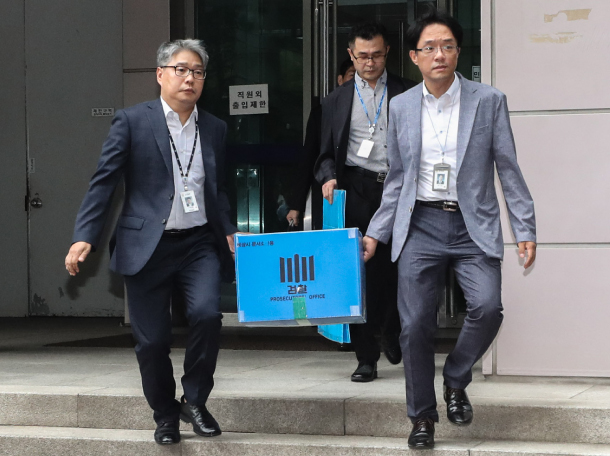 Prosecutors raid the offices and residences of a senior judge and Lee Kyu-jin, a former member of the Supreme Court’s Sentencing Commission, on Monday in southern Seoul as part of a probe into allegations that former Supreme Court officials interfered with trials to gain political favors from the presidential office. Lee is suspected to have drawn up reports on judges critical of former Chief Justice Yang Sung-tae’s plan to establish a new court of appeals. [YONHAP]