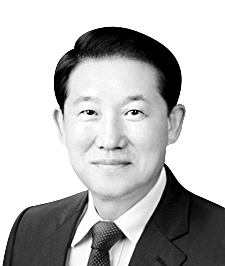 Choi Gil-hyun
The author is an adjunct economics professor at Dankook University.

Statistics Korea announced its employment numbers for July on Aug. 17, and they suggest that Korea may be in its worst employment crisis since the 2008 global financial crisis. The solution is creating jobs and boosting start-ups. However, at this juncture, it seems more important just to keep companies of various sizes in business.

This is one of the lowest rates among OECD member countries. The five-year survival rate of 5.68 million small businesses, such as hotels and restaurants, is only 17.9 percent. Two out of three new businesses shut down within three years.

Because of the low survival rate, many people are reluctant to start a business and people also discourage others from doing so. However, more and more people plan to start a business because many have trouble getting employed and have no other choice but to become entrepreneurs.

The government’s policies to boost start-ups, such as scrapping the minimum funds necessary for establishing a corporation and the guarantor requirement for loans, are positive. But it is just as important to help businesses to survive. Policies to enhance the sustainable survival rate are lacking. Companies should not be left on their own with subsidies.

How can the survival rate be boosted? First, an education system that shares management tactics and secrets of successful entrepreneurs. Management takes great technique, ability and knowledge. Working hard doesn’t guarantee success. Many fail to get through the “valley of death” three to five years after starting, no matter how hard they try.

The minimum wage increase and reduced work hours without flexibility could add burdens to small businesses and result in decreased employment opportunities and a lower survival rate.

Third, entrepreneurs should be respected socially. As British philosopher Alfred North Whitehead pointed out, “a great society is a society in which its men of business think greatly of their functions.” It is historical fact that the status of economic powers depended on their treatment of businessmen. Businessmen not only feed and employ people, but also lead the national economy through innovation and change the lives of humanity and the world. In the United States and the United Kingdom, entrepreneurs are some of society’s most respected people. But in Korea, the reality is just the opposite.

Fourth, a system for rebounding should be prepared for failed businesses. There are three ways not to fail — by not acting, by not making a decision and by not making any effort. But without failure, there is no progress. In Silicon Valley, a system is established that encourages trial and error. However, Korea is a closed society that does not allow for a second failure, and people fear failure greatly. In this environment, a great entrepreneur cannot be born. Failed businessmen should be able to try and come back.

In the trend of low growth, reviving start-ups and businesses is very important, especially to create jobs. Creating jobs is a matter of a right to live.

It is important that the authorities make efforts to help start-ups, but more importantly, their policies should focus on keeping them in business and improving the survival rate.