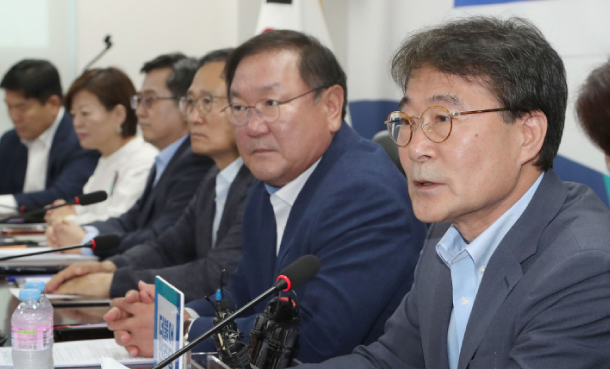 The self-complacency to believe that one has won an argument and fight despite a defeat is called a “spiritual victory.” Chinese anti-feudalism writer Lu Xun wrote “In the True Story of Ah Q” to address the backwardness of China. In the story, Ah Q is beaten by neighborhood gangs but thinks that he does not need to fight the young men who are his son’s peers. I see the same delusion from the executors of J-nomics, the Moon Jae-in administration’s economic policy, while Korea suffers from an employment crisis.

There are three aspects of J-nomics — income-led growth, innovative growth and fair economy. But none of them work. Innovative growth doesn’t gather speed and the fair economy seems to focus on beating on large conglomerates rather than boosting co-existence.

But the biggest problem is income-led growth. The shake up to the contract working environment, the minimum wage hike and the 52-hour workweek have been implemented and jobs are not growing. Even Vice Prime Minister for Economic Affairs Kim Dong-yeon said that the impact is shocking and lowered the annual employment goal from 320,000 to 180,000 and gave up the 3 percent growth rate.

However, the Blue House, which leads J-nomics, does not give up hope. They may be trapped in confirmation bias or a spiritual victory. On the impact of the minimum wage increase, they say that it was not confirmed and blamed the demographic structure, civil servants exam and the Lee Myung-bak and Park Geun-hye administrations.

The pinnacle of the spiritual victory was President Moon Jae-in’s remark at the national economy strategy meeting that the minimum wage increase had 90 percent positive impacts. The statistics made some experts wonder, but it turned out that the Blue House analyzed waged workers, not including self-employed and unemployed people.

While discussing the employment crisis, Blue House policy adviser Jang Ha-sung said that it would take time but income-led growth, innovative growth and the fair economy would bring results for sure, asking politicians to trust the government and wait.

But Finance Minister Kim Dong-yeon said that the policy direction could be changed if necessary. So the controversy over Jang vs. Kim continues.

Confirmation bias is hard to change. Those who advocate income-led growth in the Blue House often mention the J-curve effect. They believe in the phenomenon that shocks from a new policy could initially aggravate the situation but it will ultimately improve. But as economic indicators worsen, it may be an unrealistic hope. It sounds like the spiritual victory of Ah Q.