Pentagon members step away due to injury, scandal

Pentagon members step away due to injury, scandal 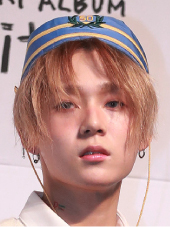 Boy group Pentagon members E’Dawn and Yannan will temporarily leave the group and, for the time being, Pentagon will continue to perform with eight members, according to CUBE Entertainment on Tuesday.

E’Dawn debuted in 2017 as a member of the boy group but is best known as the boyfriend of popular singer HyunA. The two acknowledged in August that they have been dating for two years.

The news of the two singers’ relationship created controversy as fans believe that E’Dawn is too young to be dating HyunA and that he is taking away attention from the group. Still, E’Dawn’s announcement that he would be taking a break for an indefinite period shocked many fans of the young boy band.

Yannan, also a member of Pentagon, released a statement stating that he was recovering from a wrist injury that he obtained in July 2017. He, unlike E’Dawn, will be returning to the group after his wrist heals.

Pentagon debuted in 2016 with their first album “Five Senses.” They have collaborated with many artists, including Jung Ilhoon, HyunA and Jo Kwon. Their hit songs include “Can You Feel It” (2016), “Beautiful” (2017) and “Critical Beauty” (2017).