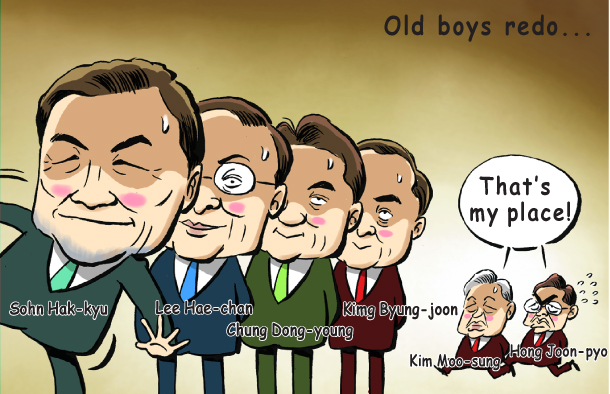 Lee Hae-chan, who served as prime minister for the Roh Moo-hyun administration, was elected the new chairman of the ruling Democratic Party on Saturday. Chung Dong-young, who was unification minister for the Roh administration, was elected chairman of the minor opposition Party for Democracy and Peace on Aug. 5. Sohn Hak-kyu, who once chaired the predecessor of the Democratic Party, is likely to be elected the new chairman of the minor opposition Bareun Mirae Party. Policial observers call the political scene “the return of the old boys.” [PARK YONG-SEOK]