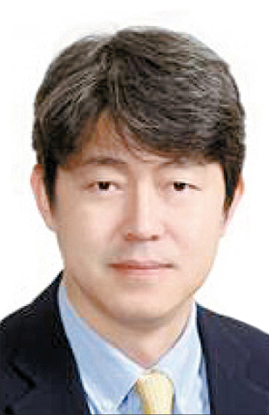 The Moon Jae-in government is facing backlash for replacing the head of its economic statistics agency, whose reports have shown the economy spiraling downward amid hikes in the minimum wage and the government’s income-led growth strategy.

On Monday, lawmakers from opposition parties criticized the Blue House decision on Sunday to replace the Statistics Korea commissioner.

Floor leader of the Liberty Korea Party (LKP) Kim Sung-tae said the person that should be replaced is not the head of Statistics Korea but Moon’s top economic adviser Jang Ha-sung, one of the architects of the income-led growth strategy.

“It’s like scolding a person who shouted ‘fire’ instead of the person who started the blaze,” said the LPK floor leader Kim.

Ham Jin-gyu, head of the LKP policy committee, stressed that the sacking threatens the independence of the statistics agency.

“Statistics Korea is not a department that sets up policy but rather announces statistics,” Ham said. “It’s worrying to think of what future statistics releases will be, considering that the Statistics Korea commissioner is changed just because they are not happy [with the statistics showing the state of the economy].”

On Sunday, the Blue House announced it was replacing the commissioner of Statistics Korea, Hwang Soo-kyeong. This came as a surprise since she only served 13 months in the job, considerably shorter than the average two years of her predecessors.

There is widespread speculation that Hwang lost her job due to the recent unfavorable reports including the worst jobs report in eight and half years and several reports describing a widening income gap between the rich and poor.

Many blamed those deteriorating statistics to the Moon government’s income-led growth policy.

Despite rising concerns about the deleterious effects of the income-led growth policy, Moon and Jang have doubled down on the need to pushing forward with the policy even harder.

As a result, there has been growing questioning of Statistics Korea and the way it does research from the ruling party, hinting at the possibility that the reports are results of errors.

During a budget and accounts committee meeting at the National Assembly on Monday, the ruling party argued that one of the reasons the statistics on the income gap was disappointing was because the statistics agency made changes to its sampling this year from 5,500 people to 8,000 people, which significantly increased the number of those in lower-income households.

“By expanding the sample, the ratio of older people went up and resulted in including too many lower-income households,” said Baek Hye-ryun, a Democratic Party lawmaker.

“The biggest principle of statistical research is neutrality and credibility,” said Oh Shin-hwan of the Bareunmirae Party. “Trying to change the statistics just because the results are unsatisfying is a bigger problem. Who would trust a statistics office in which the sample is readjusted with the changing of a new commissioner?”

The economy and finance minister, who is at odds with the Blue House and senior adviser Jang - despite the Blue House’s denials of any rift - backed the statistics agency and told lawmakers the income gap report was not a mistake resulting from a change in sampling.

“This is a problem that needs expertise and technical analysis,” the minister said. “Statistics Korea is not an institution that would make statistical errors.”

There are already growing concerns over Hwang’s successor.

The Blue House appointed Kang Shin-wook, senior researcher at the Korea Institute for Health and Social Affairs. Kang, a scholar who has never had experience in the public sector, specializes in income distribution.

It has been reported that it was his analysis on household incomes that led Moon to comment earlier this year that the hike in the minimum wage had a 90 percent positive effect.