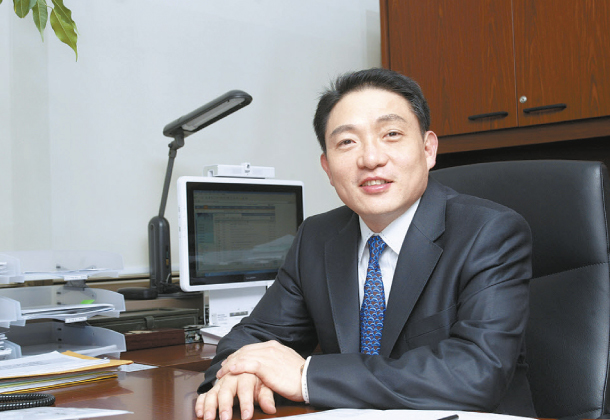 Daewoong Pharmaceutical Chairman Yoon Jae-seung announced that he would resign on Monday after reports surfaced that he habitually verbally attacked his employees.

Through an official statement released the same day, Yoon said he would “immediately leave management and pursue a time of self-reflection.”

“I offer my sincere apologies for my words and actions,” Yoon said in the statement. “I take all responsibility. I have hurt employees directly and indirectly through my carelessness during company meetings and other interactions. I am sincerely sorry.”

“I sincerely apologize to employees of Daewoong Pharmaceutical who have trusted and followed me,” he added.

Co-CEOs Jeon Seung-ho and Yoon Jae-chun are expected to lead the pharmaceutical firm after Yoon Jae-seung’s resignation. Daewoong Pharmaceutical, which has over 70 years of history, manufactures a wide variety of pharmaceutical drugs and vitamin supplements as well as medical devices.

“Are you mentally ill?” Yoon was heard saying to one employee. “Why are you doing your work like that? You retard.”

Yoon reportedly left Korea for the United States before Monday’s statement was released.

“Yoon would end every sentence by referring to us with insulting words like lunatic or trash,” one Daewoong Pharmaceutical employee told YTN during the broadcast. “He would also say ‘you make me feel like committing suicide’ and ‘if you do that one more time I’ll break your leg.’”

Yoon, now 55 years old, is the third son of Yoon Young-hwan, the company’s founder and honorary chairman. The younger Yoon began working for Daewoong in 1995 after a short career in prosecution, and became chairman of the company in 2014.

He joins a slew of founding family members of large conglomerates and companies who have been publicly called out for gapjil, or abuse of power. Earlier this year, Cho Hyun-min, the Korean Air chairman’s youngest daughter, also resigned from her post at the airline and related companies after igniting public rage over allegations that she threw juice at advertising executives during a meeting.

Yoon’s violent language was not a secret in the industry.

“Many people left the company over the last few years due to the insults,” said a former employee.

“I heard from former Daewoong employees that Yoon would always talk to them as if it was an interrogation,” said one spokesman from another local pharmaceutical company.

Questions now arise over whether Yoon will resign from his other posts.

Yoon is chairman of Daewoong Pharmaceutical’s board of directors and CEO of the drug manufacturer’s holding company.