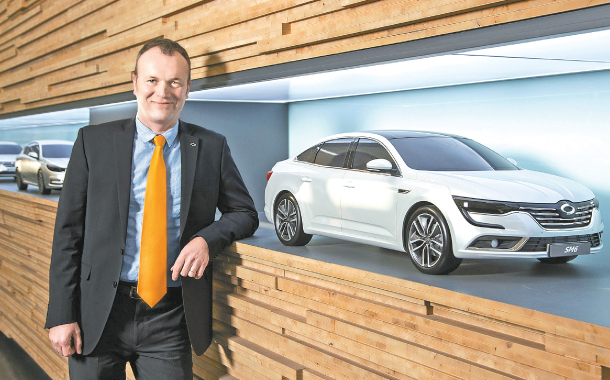 Renault Group is now working on its goal of “sustainable growth based on profit.” It has also established a “Drive the Future” strategy and is researching future technology, such as connected cars. It will release related products by 2022. This is part of the plan to maximize the economy of scale under the Renault-Nissan-Mitsubishi alliance, one of the world’s largest automakers.

Signora has suggested a new vision for the domestic market in step with Renault Group’s vision. He plans to help Renault Samsung Motors continue to grow by combining Korean diligence with Renault’s 120 years of heritage and assets. Leading each department, including sales, production and research, is Signora’s primary goal.

Before he was appointed as the new chief executive of Renault Samsung Motors, Signora developed experience in many different fields, including finance, banking and sales, in 10 countries. He also led a new car development team, including marketing and engineering.

Signora announced that the company will move promptly to respond to changes in the market environment during the meeting held in the beginning of the year. While reinforcing collaboration capabilities, he will place Renault in a powerful position in the domestic market. To achieve this, Renault will listen to customers and reflect their feedback in its products.

Signora expressed his determination to grow the company’s presence in the digital field. The auto industry is now being challenged by digital-first customers, mobility services and individual services. To improve communications with customers in the long run, it needs to actively use digital means to stand out in the connected car market. Because innovative products are built upon innovative corporate culture, Signora is creating plans to reform Renault Samsung’s corporate culture.

Dominique Signora began his relationship with Korea serving as the CEO of RCI Korea from 2006 to 2010. He was appointed as CEO of Renault Samsung Motors after serving as the vice president of RCI Bank and Services and CEO of RCI Brazil. His experiences in various continents and countries, including Europe, Thailand, Mexico, Brazil and Japan, are a testament to his strong performance.