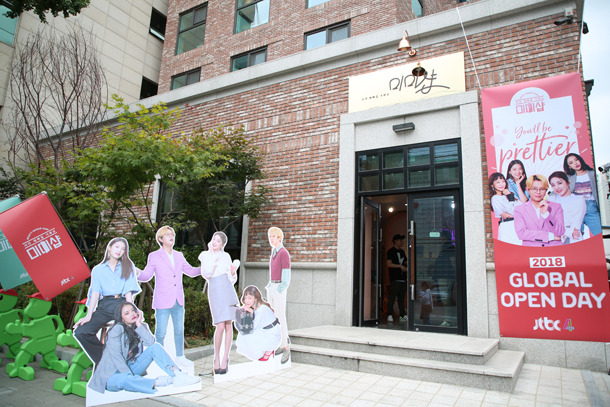 The episode features beauty influencers and other participants from five Southeast Asian countries who have traveled to Seoul to visit Mimi Shop, a beauty salon where Korean celebrities await the visitors. Instagram influencers Anya Geraldine from Indonesia, Soh Pei Shi from Singapore, Alicia Tan from Malaysia, Natawan Pormchaichapen from Thailand and Ana Gonzales from the Philippines will experience K-beauty with the Korean panel.

On the episode that aired on Aug. 22, the five stars of the show - singer Tony An, rapper Cheetah, singer Sandara Park, actor Shin So-yul and model Kim Jin-kyung - were seen waiting inside the Mimi Shop salon for their guests. Today’s episode will pick up from there, and feature guests receiving a make-over and influencers exchanging beauty tips with the cast.

Viu is a leading video streaming service provider operated by PCCW Media Group, servicing to 16 different markets across the Asian region, from Hong Kong to the United Arab Emirates.

JTBC4 is a lifestyle-oriented cable channel that launched in April,targeting female viewers aged 20-34. True to its slogan, "trendy everyday," JTBC4 produces beauty, travel, and food-based content tailor-made for millennial viewers. Its programs such as MIMI SHOP and Secret Sister have been met with both popular and critical acclaim since their launch.