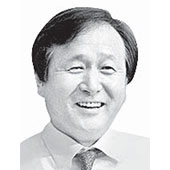 Junn Sung-chull
The author is chairman of the Institute of Global Management.

Battered by the contagious Asian financial crisis, Korea inevitably had to turn to the International Monetary Fund for a bailout in Nov. 1997 to avoid a national default. The first truly dissident president came to power after an election held at the height of the crisis.

In his inaugural address, President Kim Dae-jung vowed to achieve advancements in democracy and capitalism. Democracy would be a natural platform for a politician who devoted his entire career to democratization. The market economy, though, was not, as it was mostly associated with the conservatives.

Kim stayed true to his pledge during his five-year term. He saw through the restructuring of troubled companies and reformed the financial system. Reforms were carried out according to market principles. Korea was able to repay its loans and graduate from the IMF’s turnaround program in the shortest amount of time among beneficiaries of the international lender.

The most recent progressive leader in the United States was Barack Obama, who came to power when the world’s largest economy was shattered by the financial blowback from the subprime mortgage crisis. The Wall Street-triggered meltdown knocked out big U.S. names like General Motors, Citibank and Morgan Stanley.

Like Kim, Obama kept to the market basics to tackle the crisis. The private sector was invited to take over bankrupt enterprises. The federal government aided the acquisitions by lending two thirds of the necessary funding. There was some criticism that the fire sale mostly benefited the rich. But Obama stayed the course. America Inc. was able to bounce back in just a year. 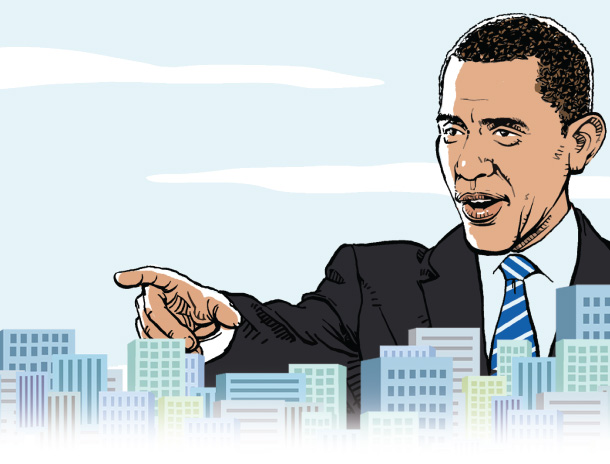 In 2003, German Chancellor Gerhard Schröder announced a package of sweeping reforms aimed at cutting wasteful welfare programs and abandoning protections for workers to allow flexibility in the labor market. Most agree that his agenda revived the German economy and made it the strongest in the European continent.

Tony Blair, the Labour prime minister, is also credited with strengthening the British economy by running it on the rules of capitalism rather than the ideology of unions. Another liberal leader, U.S. President Bill Clinton, removed regulations and made the country a hotbed of innovation by championing creativity and market force. The economy during his two terms grew 3.7 percent on average.

In Korea, President Roh Moo-hyun was more liberal than his predecessor Kim Dae-jung, but he nevertheless did not disregard market principles. Even at the risk of angering his biggest base — farmers and factory workers — he pushed for a free trade agreement with the United States. Executives today still recall the time under Roh as better for business.

Deng Xiaoping was the first Chinese leader to persuade the country that national strength could be demonstrated best when the economy is led by the market. The economy must become bigger and stronger to make more people rich and happy, he said. He knew an economy could only flourish when it was left free to stimulate human greed and aspiration.

All these leaders above had one thing in common: they had faith in the market. No economy has worked when state power overwhelms the market. History shows that liberal leaders have succeeded in turning the economy around and advancing society more than conservative figures. It may be because a reform drive led by a liberal leader is less resisted by the working class.

In theory, liberals are believed to excel in micro fields and conservatives in macro fields. The liberal has empathy for the weak and poor. A wise liberal would know that generosity at the expense of disrupting market principles can hurt the poor most. Progressive policies can be damaging to the market, but hard-liners believe the step is necessary to help the weak and poor.

President Moon Jae-in seems to have more faith in state authority than the force of the market. He has begun to emphasize regulatory reforms to stir innovation. Many are hoping he will join the pantheon of wise liberal leaders. As a former Democratic Party member, I hope this is not wishful thinking.