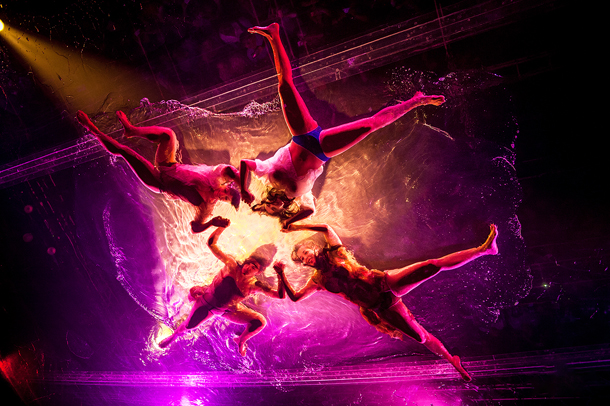 The experimental “Fuerza Bruta Wayra” has come to Seoul once again to dazzle Korean audiences. It has installed a FB Theater inside Jamsil Sport Complex, southern Seoul, to showcase everything they’ve got, ranging from acrobatics to water shows. [PRM]

Sept. 5 and 9: Sumi Jo is set to take the stage with musicians Jean-Christophe Born, accordion player Alexander Sheykin and the Ditto Orchestra, under the baton of Lorenzo Passerini, for her return to the stage.

Jo will sing arias from shows written by Giacomo Puccini that take place in Paris, the city of love: “La Boheme,” a four-act opera which depicts the lives of poor young artists living for their dreams in Paris, and “La Rondine,” a three-act opera which shows how individuals seek true love in Paris.

Sept. 12: Star pianist Cho Seong-jin and veteran violinist Chung Kyung-hwa are collaborating to celebrate the 30th anniversary of the Seoul Arts Center. Since winning the renowned International Chopin Piano Competition in 2015, Cho has held a handful of concerts in Korea that have sold out as fast as K-pop concerts. The upcoming show with Korea’s master violinist Chung Kyung-wha will be a must-see concert for classical music aficionados.

To Oct. 7: The ultimate entertainment experience with energetic performances and exciting music.

Visitors are recommended to wear casual and comfortable clothes as they will either stand or sit on the floor for the duration of the show. This dynamic experience, directed by famed Argentinian artistic director Diqui James, features performers flying in three dimensional spaces.

To Oct. 21: Set in 1960s America, this musical tells the heartwarming story of lovers at a paradise resort. Marge, whose fiance never showed up to their wedding, goes to the resort, where was she was supposed to honeymoon, with her best friend Lois. Feeling sorry for her friend, Lois tries to connect the singer Del with Marge. Gabe, an employee at the resort, falls for Lois and writes a song for her. Realizing that Gabe’s talent is being overshadowed by Del’s presence, she promises to stand by him if he sings on stage.