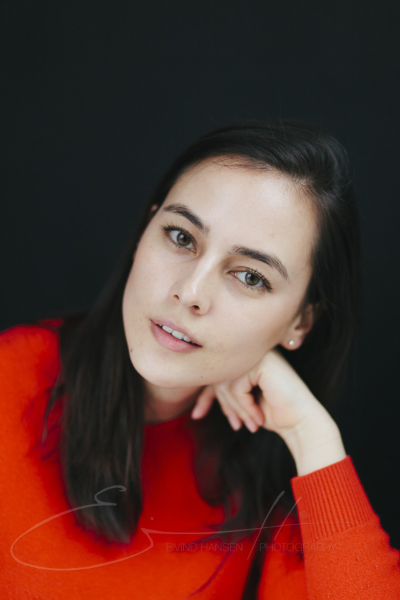 Every year, the Corea Image Communication Institute (CICI), a nonprofit that promotes Korean culture overseas, invites cultural leaders from across the globe for the Culture Communication Forum (CCF). This year, 10 luminaries from various countries came to Seoul for the forum’s ninth edition. A few of the names include best-selling Israeli writer Eran Katz, Indian filmmaker and photographer Benoy K. Behl and Singaporean pastry chef Janice Wong.

Over two days, the group had opportunities to experience and learn about Korean culture, from savoring traditional Korean snacks, like Korean beef jerky, to exploring cultural landmarks like Changdeok Palace in central Seoul.

The Korea JoongAng Daily caught up with one of the participants, French filmmaker and actor Noemie Nakai, to hear about her experience at the forum and what she learned about Korean culture. Below are the edited excerpts from the conversation.

Q. Is this your first visit to Korea?

A. This is not my first, but I didn’t get a chance to properly look around the city before [coming for CCF]. Before, I just had very cliche images of contemporary Korea like the K-pop, “Gangnam Style” and bibimbap (rice mixed with vegetables), but now I feel like I have a deeper understanding for Korean culture.

Through this trip, you visited a number of places that represent Korea. Did the experience change the way you view Korea in any way?

I didn’t know anything about the traditions or history of Korea. During the trip, I was amazed by Korean people’s efforts in trying to preserve the country’s traditions. Based on the traditions, they make something modern that fits the taste of contemporary people.

When we tried traditional beef jerky, for example, we got to taste jerky topped with cheese and honey. This was something completely unexpected, but I found the taste to be amazing. Such effort is unlike in Europe, where people tend to separate the past and the present. I think connecting the past and the present is great because culture is always changing, and if you don’t try to keep it alive, there’s a danger of losing it.

Was there anything that surprised you?

My visit to Amorepacific’s headquarters was very surprising. I didn’t realize how huge an influence makeup had in Korea. In France, makeup is an additional thing you use in life. But makeup here seems to be way more important.

Other than running the makeup just to sell makeup, I felt that the company was trying to celebrate and pay homage to women and to continue to think about ways to make women feel better.

As a filmmaker, what are your thoughts on Korean cinema?

I really like Korean cinema and love the works of Korean auteurs like Park Chan-wook and Hong Sang-soo. I think Korean movies are very dramatic. I like how Korean films have strengths in both story and visual elements. Before this visit, I was excited to see the daily scenes in Korea that inspire film directors in this country.