We’re all in this together

We’re all in this together 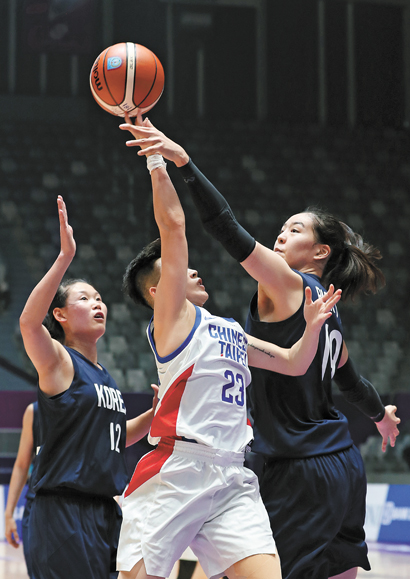 The unified Korean women’s basketball team’s Ro Suk-yong, left, and Park Ji-su, right, attempt to block Peng Szuchin of Taiwan during the semifinal game at the 2018 Asian Games at Istora Gelora Bung Karno in Jakarta, Indonesia, on Thursday. The unified team won 89-66 to advance to the final. South Korea’s WNBA center Park led the unified team with a double-double, with 10 points and 11 rebounds, while three players - Park Hye-jin, Lim Yung-hui and Ro - scored 17 points each. The unified team will now compete against China for the gold medal on Saturday. Whether the team wins or loses, taking home a medal of any color will be a historical achievement for the unified team, as it will be the first medal won by the unified team in a ball sport at an international multisport competition. At the 2018 Asian Games, the unified team has already won a gold and two bronze medals in dragon boat racing and canoeing. [YONHAP]