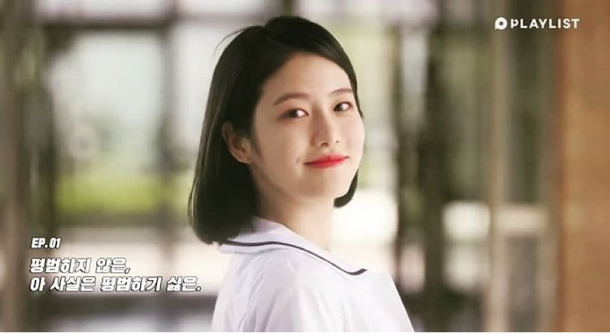 Actor Shin Ye-eun signed an exclusive contract with JYP Entertainment on Thursday, signaling a long-term commitment to her acting career.

Shin is currently starring in “A-Teen,” a hit web drama produced by Playlist, a production company that was made through a joint investment between Naver Webtoon and Snow. The show quickly became popular and has had six million views in a period of one and a half months. Shin plays Do Hana, one of the main characters who struggles with whether she should apply to a fine arts university and the love she feels for her best friend.

Shin Ye-eun is currently a student at Sungkyunkwan University majoring in acting for theatre, film and television.