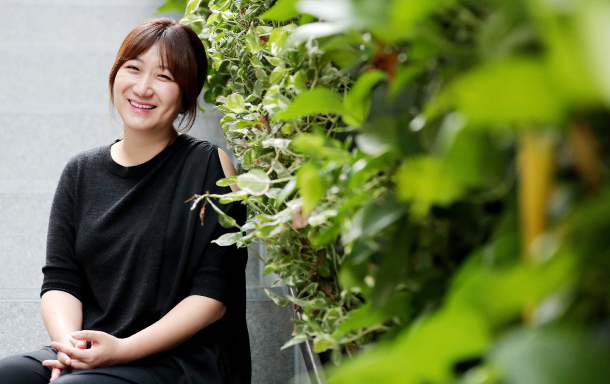 Recording a nearly 10 percent viewership rating week after week, MBC’s hit series “I Live Alone” is one of the most popular reality shows on television. Getting a peek into the private lives of popular celebrities who live alone has given audiences the opportunity to sympathize with the stars they had always believed were impeccable.

The show has grown in popularity as the country’s number of single-person households continues to rise, adding to the show’s appeal. It is now described as MBC’s flagship entertainment show, following in the footsteps of the long-running “Infinite Challenge,” which wrapped in March.

Despite its current popularity, “I Live Alone” was at the brink of being canceled when its current producer Hwang Ji-yeong was tasked with reviving the show in 2016. Though the theme of the show was the same, it struggled to generate buzz.

To fulfill her mission, the first thing Hwang focused on was featuring high profile stars who hadn’t appeared on the show. Another area she paid attention to was increasing the reality elements of the show by creating more intimacy among the show’s panelists - entertainer Jun Hyun-moo, comedian Park Na-rae, model Han Hye-jin, actor Lee Si-eon, web comic writer Kian84 and singer-actor Henry.

“When working on a new program, there are three factors I consider: novelty, amusement and meaning,” said Hwang during a lecture organized by the Korea Creative Content Agency. “In 2016, ‘I Live Alone’ didn’t fall in any of the three categories.”

Following her lecture, Korea JoongAng Daily sat down for an interview with Hwang to talk about the show’s success and her thoughts on the trends of Korea’s entertainment programs. 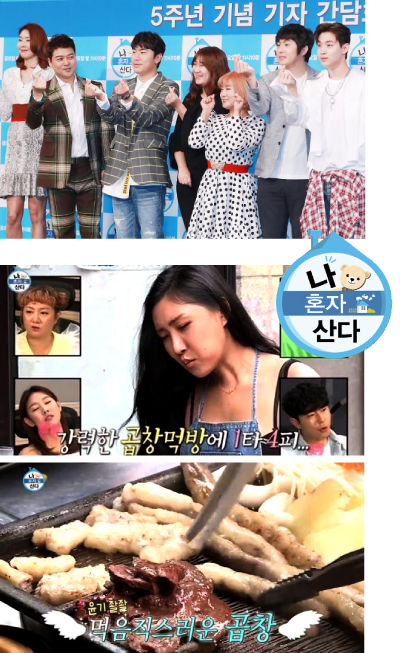 Q. There are a number of other reality shows that feature the daily routines of celebrities living alone, like “My Ugly Duckling” and the newly-launched “Mom and Dad are Aliens.” What do you think makes “I Live Alone” special?

A. I believe the key to the show’s [popularity] is sticking to a sense of reality, meaning that we feature the actual routines that the celebrities on the show perform daily. Sticking with down-to-earth scenes may seem a little bland, compared to some of the [over-the-top] scenes you see on the other shows, like making a Christmas tree out of green soju bottles. But I believe reality is sincerity, which can be felt by the audience.

What has been the most challenging part of making “I Live Alone?”

We spend a great deal of time finding the right celebrity to appear on the show. Not every celebrity that lives alone is a perfect fit for the program because some of them don’t have much to show because they are either too preoccupied with work or don’t have intriguing hobbies. Finding someone who has a distinct lifestyle and story to tell has been the most difficult part.

To diversify their offerings, TV channels are betting on unprecedented genres like tvN’s space-themed “Galileo: The Awakened Universe” and MBC’s “Dunia: Into a New World,” which feature celebrities trying to survive in a virtual space, where one wrong move could result in an unwanted outcome. What do you think it takes for an entertainment program to succeed these days?

I think viewers feel a little distant towards something that is so unprecedented. A show that is one step away from what is considered the norm may work. But if it’s two or three steps away from what people are used to, they are not that willing to embrace it because people are more fond of what they are familiar with, as can be seen by the performance of “Galileo” and “Dunia.” [Their viewership ratings are 0.7 and 1.9 percent, respectively.]

But this does not mean people do not want change. In the past few years, we have seen a diversification of the celebrities at the center of entertainment shows, from older actors like those seen in JTBC’s “Grandpas Over Flowers” to ordinary people on MBC’s “Omniscient Interfering View.” This reflects people’s thirst for something new because people have already seen so many entertainers.

Some people point out that the three broadcast networks - KBS, SBS and MBC - are quite slow to try something new with entertainment shows, unlike cable networks. What do you think about that?

The main audience of the three broadcast networks is generally older than that of cable networks. But this does not mean we should only make programs targeting seniors. I think running seasonal programs like cable networks is a great idea. We are of course working on introducing programs in a way that reflects the latest trends, but I don’t think we’re quite ready to make such drastic change as of now. 