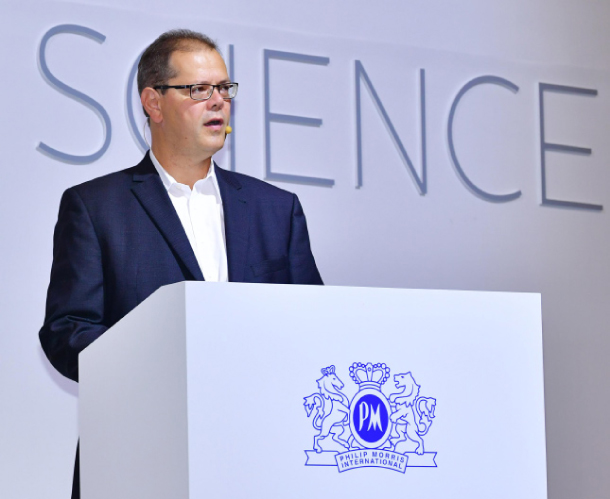 In the study, three groups of mice were separately exposed to air, combustible cigarette smoke and the IQOS aerosol for 18 months, their full life span.

Results showed that the lung cancer rate and the number of tumors found in the mice after the experiment were much higher on the group exposed to combustible cigarette smoke, whereas the results for the groups exposed to air and the IQOS aerosol were much lower and similar.

“These are significant results because it’s the first experiment to prove heat-not-burn cigarette’s possible effect in reducing the possibility of lung cancer,” said Manuel Peitsch, the chief scientific officer at Philip Morris International.

The company once again went against the drug ministry’s announcement in June that heat-not-burns are not much safer than combustible cigarettes.

“Consumers seemed confused after the one-sided announcement and some even went back to smoking combustible products,” said Kim Byung-chul, Philip Morris Korea’s corporate affairs director. “We have the responsibility to offer correct information and help consumers make the right choice.”